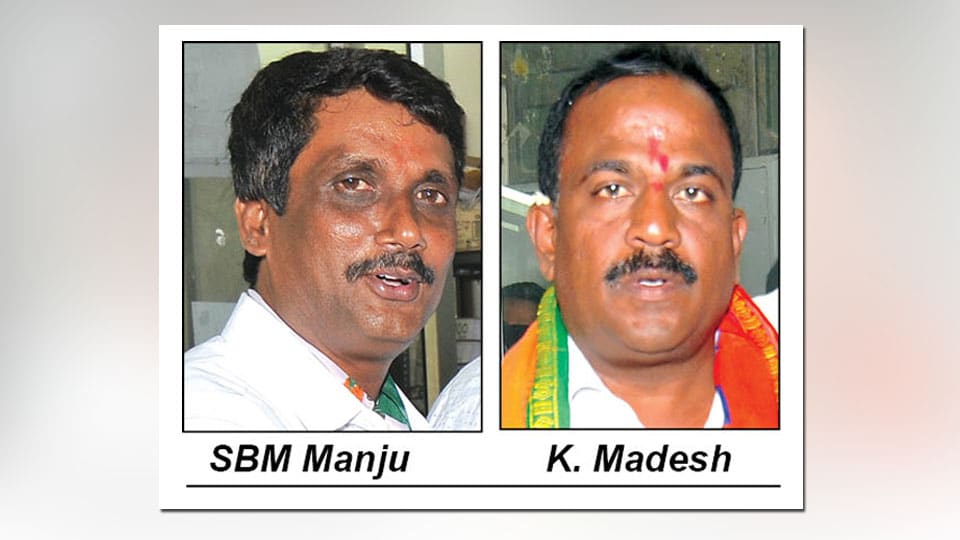 Mysuru: Today being the last day for filing of nomination papers, three candidates, including an Independent, filed their papers this morning for the Mysuru City Corporation (MCC) Ward 32 by-poll scheduled on July 2.

SBM Manju of JD(S), K. Madesh of BJP and Lalana Dhanraj, a Congress rebel candidate, filed their nomination papers with MCC Zone-4 Assistant Commissioner V. Priyadarshini, who is the Returning Officer for the by-poll, at election branch of MCC on Sayyaji Rao Road.

Earlier, SBM Manju offered special pujas at Sri Lakshmi Venkateshwara Temple in Vontikoppal before arriving in a procession to the MCC. He was accompanied by around 600 JD(S) workers who burst crackers and beat the drums throughout.

The scrutiny of nomination papers will be taken up tomorrow (June 22) and the last date for withdrawal is June 24. Polling will be held on July 2 and the counting of vote on July 5 at Maharaja Sanskrit College on Sayyaji Rao Road.