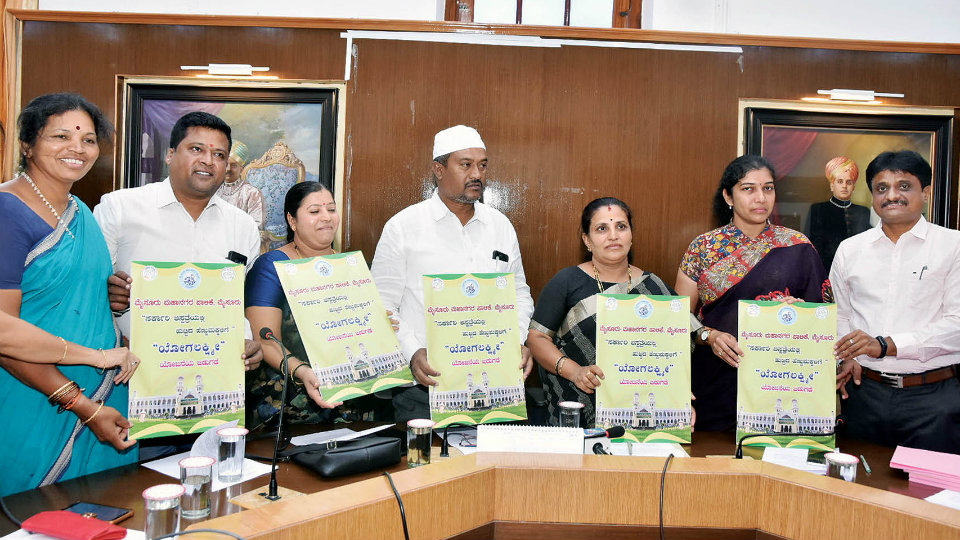 Mysore: This is the Mysuru City Corporation’s (MCC) version of ‘Beti Bachao, Beti Padhao’ scheme launched by the Modi Government that aims to generate awareness and improve the efficiency of welfare services intended for girls in India.

A sum of Rs. 25,000 will be deposited in the name of the girl child born in Government Hospitals of the city and the benefits will be extended after the girl attains 18 years. The Mayor said, “The MCC has earmarked Rs. 2.5 crore for the scheme in the 2019-20 Budget. First 1,000 new-born girl babies will be covered under the Scheme. The Scheme is applicable from April 1, 2019 and the parents of the baby must be residents of the city for the last five years. Several people have already applied for the scheme.”

Parents of eligible beneficiaries can collect the applications from nine Zonal Offices or from the birth and death wing of the MCC. Provision has been made to bear the expenditure from the general fund of the current financial year.

Applications should be submitted within 90 days of the birth of the girl child along with relevant documents. It is mandatory to provide the photo of the parents along with the new-born. Apart from BPL families, the girl children born into the families whose annual income is below Rs. 2.5 lakh are also eligible for the Scheme.

The family of beneficiaries should have only two children including the girl child and the mothers should possess ‘mother card’ (provided by the Health and Family Welfare Department after delivery at Government Hospitals) and the infant should have been administered vaccination.

The parents should be the residents of MCC limits for the last five years. The mother must have a joint account in the bank and an Aadhaar or voter ID card. It is only after scrutinising the applications, the benefit will be extended by depositing the prescribed amount in the bank.

The funds can be withdrawn after the girl attains 18 years of age and the scheme also aims to promote the services of the Government Hospitals.