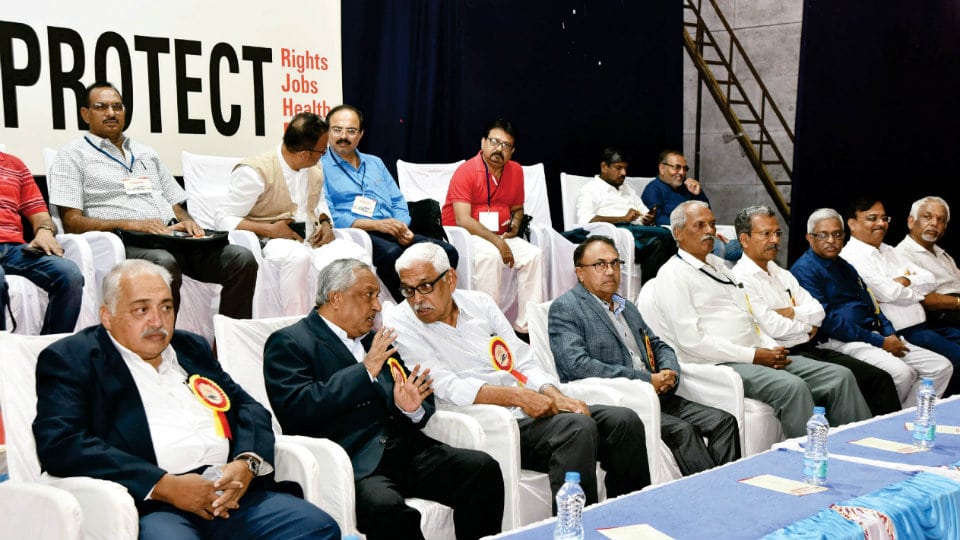 Speaking as the chief guest on the occasion, former Karnataka High Court Judge Justice H.N. Nagamohan Das said that it was vital to have a better understanding of our Constitution in order to get our issues addressed. Asserting that the Indian Constitution is among the best in the world, he said that the people should read and try to understand it properly as the Constitution gives us knowledge about the rights and responsibilities.

CITU (Centre of Indian Trade Unions) All India Vice-President A.K. Padmanabhan, who spoke after inaugurating the General Council meeting, said FMRAI has been able to achieve many milestones in ensuring social, legal and economic justice for Sales Promotion employees. FMRAI has been consistently conducting programmes for the cause of public health and rationale drug policies, Zero GST on medicines, ban on online sale of medicines etc., for years, he added.

Dr. K. Javeed Nayeem, Chairman, Reception Committee, FMRAI General Council meeting, in his welcome address, said he was happy to note that the meeting is taking place for the first time in Mysuru, also called the ‘City of Palaces.’

More than 500 delegates  from different parts of the country are taking part in event, which concludes on Feb.16.