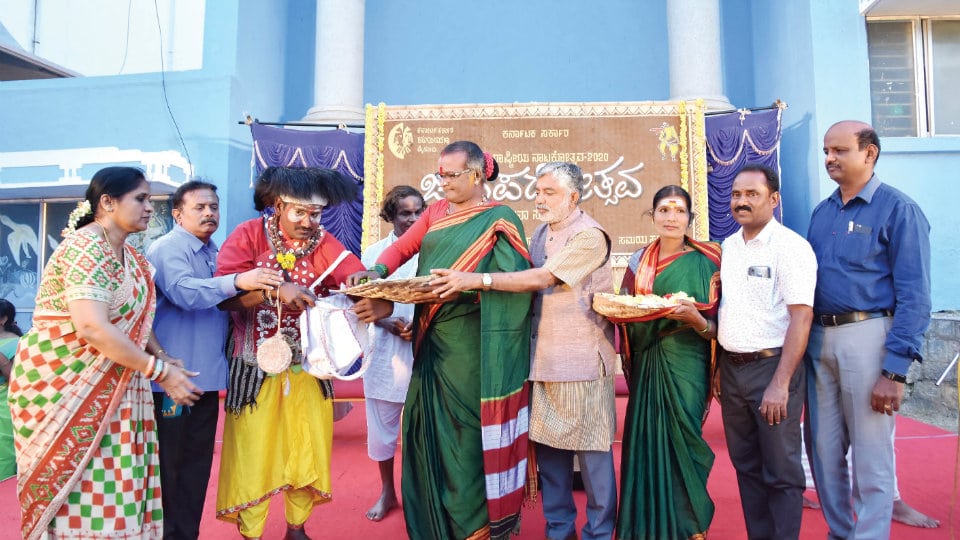 Mysore/Mysuru: Bahuroopi Janapadotsava, which has been organised as part of the annual theatre festival of Rangayana, Bahuroopi 2020, began last evening at Rangayana. The theme for this year’s theatre fest is ‘Gandhi Patha.’

Speaking after inaugurating the event, Manjamma Jogati, who is a recipient of the Rajyotsava award and the Janapada Academy award, said, “Earlier, we used to say that TV and cinemas could have a negative impact on theatre activities, but now TV serials are negatively influencing every householder.

“In an effort to preserve our folk tradition, we are organising three-day training camp in Udupi from Feb. 24. I have already interviewed the artists who have applied for pension,” Manjamma Jogati said.