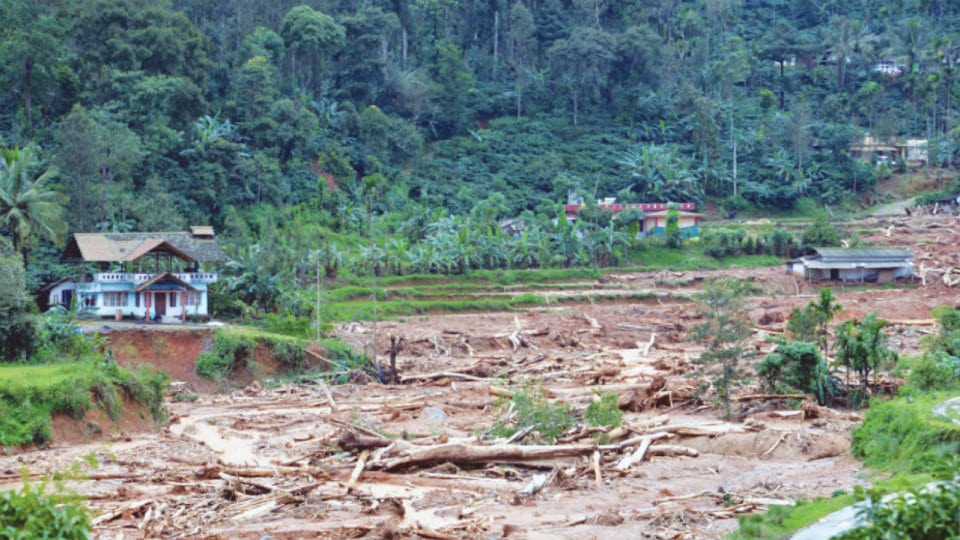 Henceforth, lands will be converted based on report by Geological Survey of India (GSI)

Bengaluru: The Karnataka Government has relaxed regulations banning the conversion of land in Kodagu district and now allows small land-owners to build their homes by converting agricultural land, a move that will allow commercial establishments and layouts to flourish in the district that was devastated by landslides two years ago.

According to Ashoka, land conversion from agricultural to residential land will be regulated and will not be allowed along buffer zones. Ten metres on each side of a river, stream or storm water drain are classified as buffer zones. Moreover, conversion is prohibited in properties with steep slopes as houses built on such terrain could collapse during landslides. Land conversion is also prohibited in regions where houses had collapsed in 2018 floods, he said.

The land can be converted for commercial purposes. Ahead of any conversion, land-owners will have to seek no-objection certificates from Deputy Commissioners and local Gram Panchayats. Only after a Committee headed by the DC, which includes a Geologist, submits a report the conversion can take place, Ashoka said.

The land will be thoroughly surveyed by the Tahsildar. The survey report (by the Tahsildar) will be reviewed by the DC under Section 95 of Karnataka Land Revenue Act of 1964 before granting conversion.

Land conversion, Ashoka said, will be based on the report by the Geological Survey of India (GSI). Those that are categorised as red-alert areas will not be converted. The conversion will be regulated so that the district does not face any landslides.

The State had imposed a blanket ban on land conversion in Kodagu following floods and landslides in August 2018. The regulations were tightened based on recommendations made by GSI. Following this, Kodagu district authorities rejected over 693 applications in the last five months to convert land for commercial use.