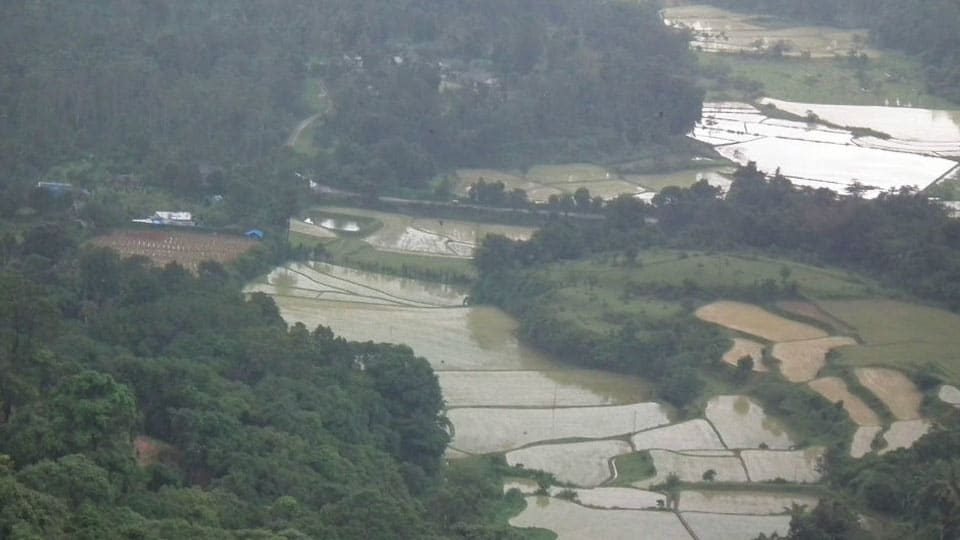 ‘Do not allow conversion of wetlands for commercial purposes in Kodagu’

Mysore/Mysuru: The Mysore City Pensioners Association has urged the Kodagu Deputy Commissioner (DC) not to accord approval or No Objection Certificate (NOC) for conversion of wetlands/paddy lands for commercial purposes, housing colonies and layouts to  protect the fragile ecosystem of Kodagu that was ravaged by two years of back-to-back floods and landslides.

In a letter to DC Annies Kanmani Joy, President of the Association K.C. Biddappa has said that relaxing regulations to build commercial premises by converting agricultural land will spell doom for the district again and vulnerable areas include areas close to the river and slope areas of the district must be watched so that development will not take place.

The recent dilution of the Karnataka Land Reforms Act, 1961, through an amendment to Section 109 enabling direct purchase of agricultural land from farmers is a disaster that can be avoided. Floods and landslides in 2018 and 2019 wreaked havoc on the tiny district and more than 20 people have been killed and scarred for life due to the devastation.

“Unbridled urbanisation and infrastructure development promoting tourism, construction of resorts and commercial buildings on the mountainous terrain were the main reasons for destruction and sale of agricultural land for non-agricultural purposes will devastate the catchment area of the Cauvery River,” Biddappa, the former President of Coorg Wildlife Society, stated in his letter.

The regulations over land use were tightened in November 2018 based on recommendations made by the Geographical Survey of India (GSI) three months after the district was ravaged by floods and landslides. Gradually, the rules were relaxed and now the Government has permitted sale of wetlands.

“More than 50-60 percent of the wetlands are left uncultivated due to poor returns by farmers. Wetlands normally gets flooded during monsoon. However, they help in recharge of groundwater bodies/springs ensuring enhanced riverine flow. Unfortunately, these wetlands have become a major source of real estate for construction of housing layouts and commercial buildings by vested interests and land mafia,” Biddappa stated in the letter.

“It is a universal fact that buildings built on wetlands are prone to collapse during floods on account of torrential rains posing serious safety issues to the dwellers. These wetlands are crucial to perennial availability of fresh water,” he stated and has urged the DC not to issue NOC for conversion of wetland or paddy lands with immediate effect.