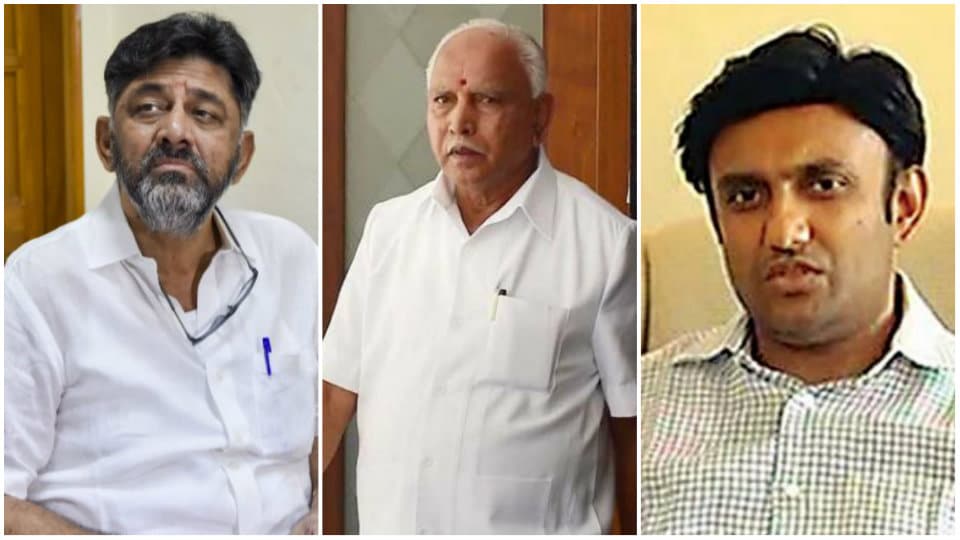 Kanakapura or Chikkaballapura? D.K. Shivakumar and Dr. K. Sudhakar prick each other

Bengaluru: At a time when all Deemed-to-be Medical Universities and Private Medical Colleges in the State are under the scanner of the Income Tax (I-T) Department following recent I-T raids on two Deemed-to-be Medical Universities, which were said to be the tip of the iceberg of the medical seat blocking scam, a new controversy has erupted over the State Government’s decision to shift the Medical College from Kanakapura to Chikkaballapura.

Congress leader D.K. Shivakumar, who is out on bail in a money laundering case registered by the Enforcement Directorate (ED), has vowed to “lay down his life” for the Medical College in Kanakapura. Shivakumar represents Kanakapura, where a Medical College was sanctioned by the previous Congress-JD(S) coalition. He accused Chief Minister B.S. Yediyurappa of politicking over this issue.

Speaking to reporters at his residence yesterday, the Congress leader fumed, “This was my dream project. The College was approved in the Cabinet, funds were allocated in the budget and work order was issued. Even Yediyurappa, who was at that time in the Opposition, had not raised any questions about this proposal.”

“If Kumaraswamy had not gone to the US then, I would even have held the ‘ground-breaking’ ceremony. However, the Government has scrapped this proposal. Instead, it has proposed a College in Chikkaballapura. This move is to please disqualified Chikkaballapura MLA Dr. K. Sudhakar who has now joined hands with BJP,” he said.

“I will not allow the BJP Government to shift it. I have no objection to the Government’s decision to sanction a College for Chikkaballapura. But I am against shifting the Medical College. I am ready to sacrifice my life in the Vidhana Soudha to keep the College in Kanakapura,” Shivakumar  said.

READ ALSO  It will rain funds on Mysuru

The Government’s move has led to speculation that the College was a “gift” to K. Sudhakar, the disqualified Congress MLA and a doctor by training, Shivakumar said.

Killing is not my culture: Dr. Sudhakar

Meanwhile, disqualified MLA from Chikkaballapura Dr. K. Sudhakar said the College has to come up in Chikkaballapura, and that he will retire from politics if the Government fails to establish the College in the district. “D.K. Shivakumar has no authority to address me in singular and it is his culture to kill people, hang them or beat them up. I have not been brought up in that culture,” he hit out at Shivakumar.

Sources in the Government said since the headquarters for Rajiv Gandhi University of Health Sciences (RGUHS) is coming up in Ramanagara, there is no point in establishing two Medical institutions in the same district. The foundation stone for the Medical College in Chikkaballapura will be laid this week, sources added.