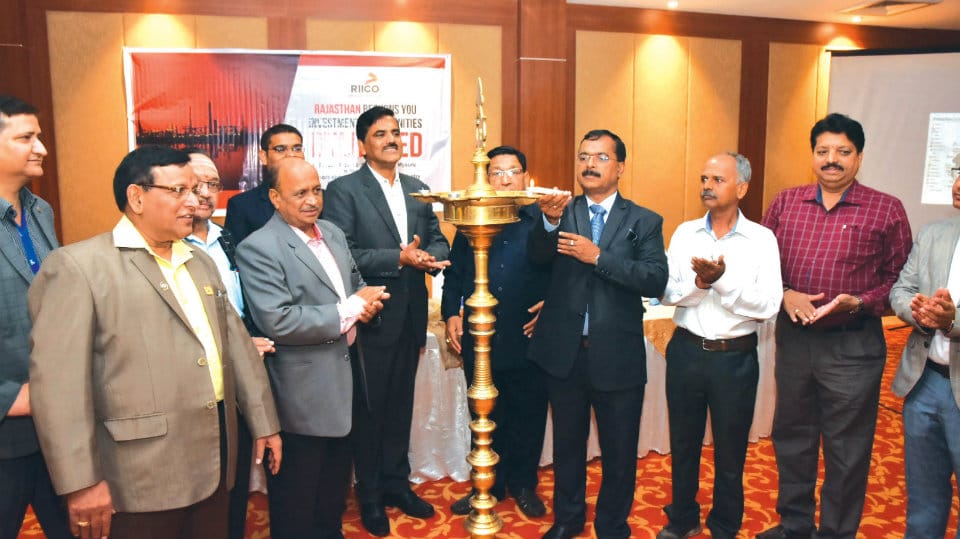 Speaking after inaugurating the Meet, Immediate Past President of Federation of Karnataka Chambers of Commerce and Industry (FKCCI) Sudhakar S. Shetty said that Rajasthan and Mysuru share several characteristics and also have several similarities in respect of culture and practices.

Pointing out that a long-standing bond exists between Mysore Royal family and Royal families of Rajasthan, he said that in this backdrop, the RIICO’s decision to organise the Meet in Mysuru is a good development.

Noting that Industrial Infrastructure in Mysuru is getting a big boost, with many projects and corridors in the pipeline, he said that the Meet will help Rajasthan in understanding the city’s Industrial climate much better.

Maintaining that Mysuru city has a significant presence of Agarwal community members, who are mostly natives of Rajasthan, Sudhakar Shetty lamented that Red Tapism has come in the way of execution of various Central Government schemes and projects aimed at boosting infrastructure and the Industrial sector.

Calling for more transparency in administration, he highlighted the need for a change in the mindset of officials and said that a much stronger push was needed for establishing a more favourable climate for Industrial growth.

As part of the Meet, RIICO officials will visit major Industrial Areas of the city for establishing industrial ties.