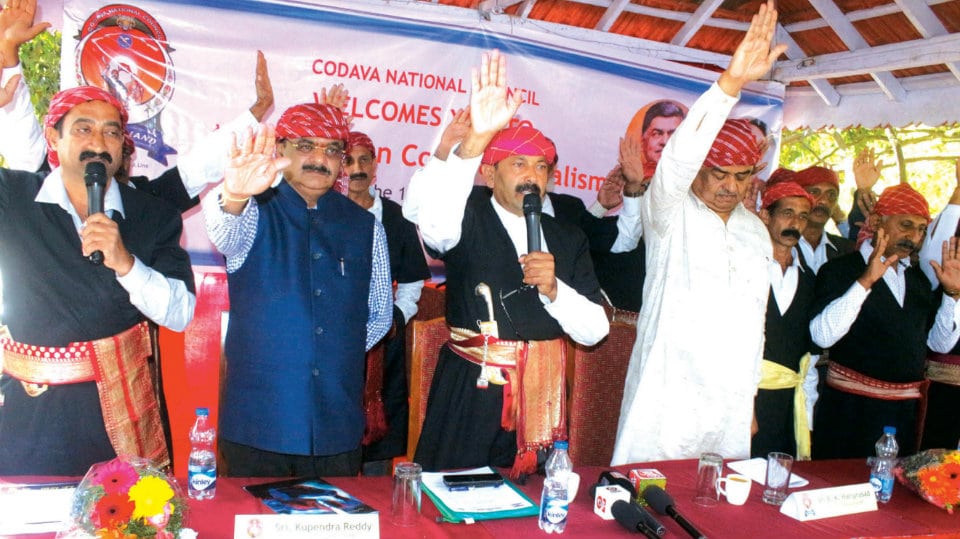 He was speaking at a seminar on Kodava Tribal Status,  organised by Codava National Council (CNC) at Capitol village on the outskirts of Madikeri town yesterday.

Stating that the richness of Kodava culture and practices are key factors in getting tribal status, Reddy said that even the British had considered Kodavas as a tribal community in a census conducted by them. But Kodavas have chosen to stay away from the status as they considered it inferior, he regretted.

Pointing out that Kodavas need tribal status to get Government posts, he lauded the fighting spirit of CNC President N.U. Nachappa, who has been waging a battle for the cause for over a decade

Another RS MP B.K. Hariprasad said that Kodava community which emanated from the banks of the holy river Cauvery is now staring at a crisis. Arguing that the Constitutionally mandated status alone can help Kodava culture and tradition to sustain, Hariprasad called upon the community members to shun a feeling of inferiority, if they have any.

Claiming that the Sanskrit speaking population, which is hardly 50,000 in number has got reservation, he wondered why the Kodava population which is multiple times higher has not got reservation. Although Kodavas were socially and academically forward, they have been deprived of opportunities, he regretted. Hariprasad further said that he had raised his voice for an appropriate status for Kodava language in Parliament.

CNC President N.U. Nachappa in his address, said that a tribal status alone can save Kodava culture, tradition  and practices from becoming extinct.

Pointing out Kodava Gun Rights has never been misused for any anti-national activities, he said that the Gun Rights has remained in place even after seven decades of independence because of this fact. Nachappa warned that Kodavas will have no future if they fail to learn about tribal rights listed in the schedule of the Constitution.