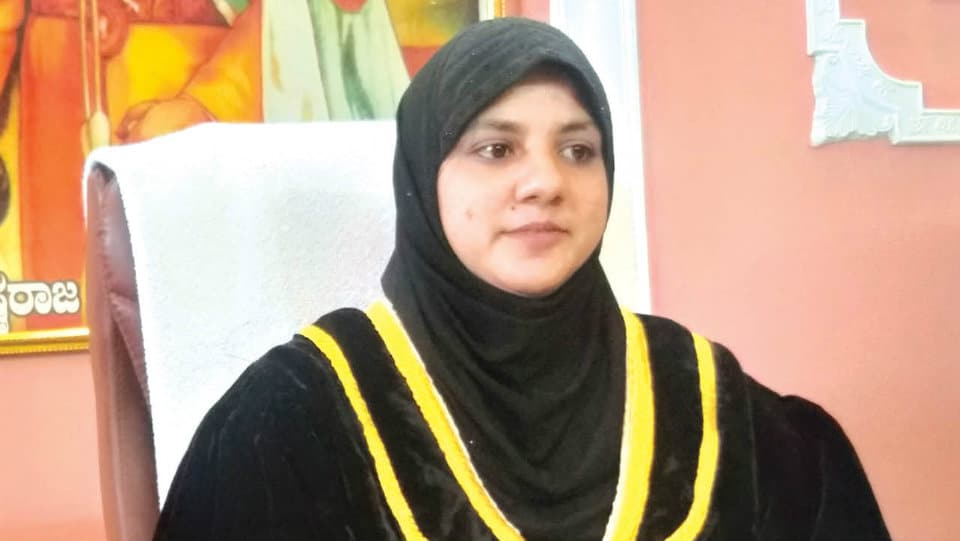 Mysuru: Speaking to Star of Mysore yesterday after becoming the Mayor, Tasneem Bano said that she was delighted to become the Mayor at an young age and also the first Muslim woman Mayor.

Listing out her priorities, she said that she would concentrate on continuing efforts for the city to retain the Cleanest City tag and also maintain the heritage characteristics of the city. Her other priorities include redressal of streetlight problems, revenue mobilisation and addressing other civic issues haunting the city for long, she added.

Newly elected Deputy Mayor C. Sridhar said that he will work towards keeping the city clean and making the city garbage-free. Pointing out that he will focus on development of Dalit colonies and addressing health issues, he said that all efforts will be made to end the stench emanating from the waste management unit at Sewage Farm in Vidyaranyapuram.