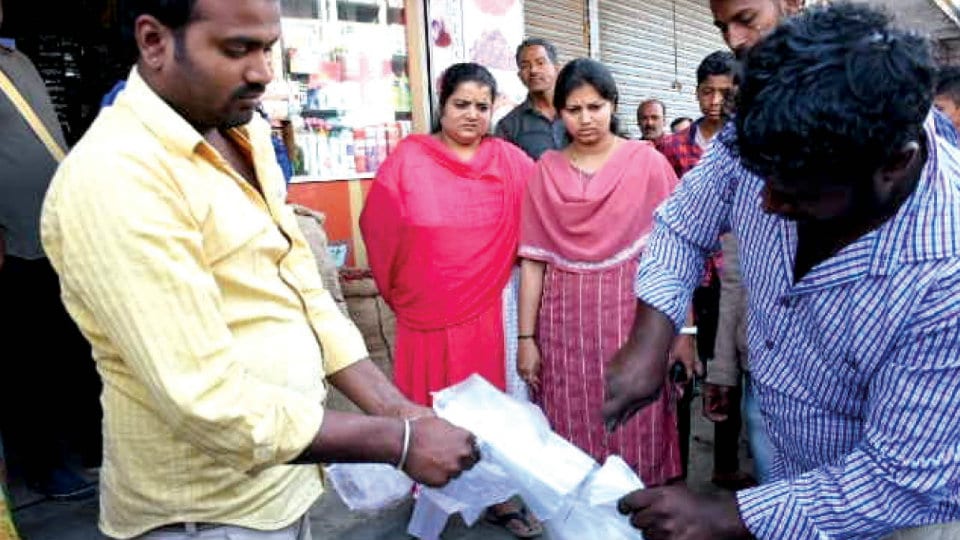 Mysuru: The officials of Mysuru City Corporation (MCC), who conducted raids on shops stocking banned plastic items at Shivarampet, have seized 10 kg of banned plastic from a shop and imposed a fine of Rs. 10,000 on the owner.

The shop that was raided is Mahendra Enterprises near Dufferin Clock Tower in city.

The MCC officials had raided this shop earlier too and had warned the shop owner against selling or stocking the banned plastic items. But the shop owner, ignoring the warnings, continued to stock and sell the same prompting the MCC to raid again.

MCC Environmental Engineer S. Mythri and MCC Zone-6 Assistant Commissioner Geetha led the Abhaya team and staff in the raid during which banned plastic covers weighing 10 kg was seized and the shop fined.

The seized plastic covers were destroyed so that it could not be used and the shop-keeper was issued another warning.