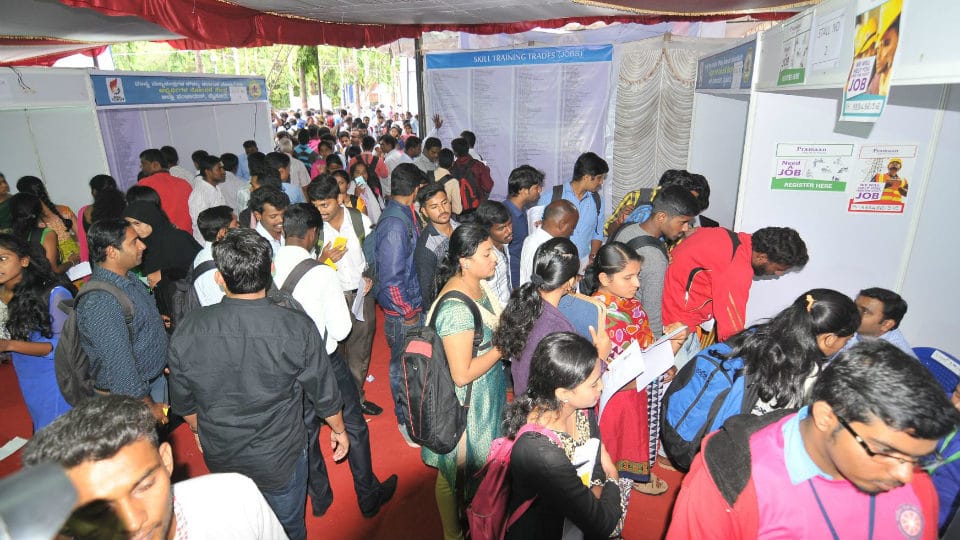 Mysuru: The State Government has organised a mega Job Mela in city during the last week of January next where over 50,000 job aspirants from Mysuru and Chamarajanagar districts are expected to attend, according to State Skill Development Officer Ashraf.

He was speaking at a meeting of officers of the two districts chaired by Deputy Commissioner D. Randeep at his office here on Saturday which focussed on skill development, entrepreneurship and other fields.

Ashraf said that a workshop will be organised from Dec. 7 at three Centres in city and at taluk Centres to groom the job aspirants on skill development to face the interview at the Job Mela. He added that about 100 private companies would be invited to participate in the event. He further said that about 39,000 job aspirants had already registered for the Mela.

District Skill Development Officer Somashekar and others were present at the meeting.