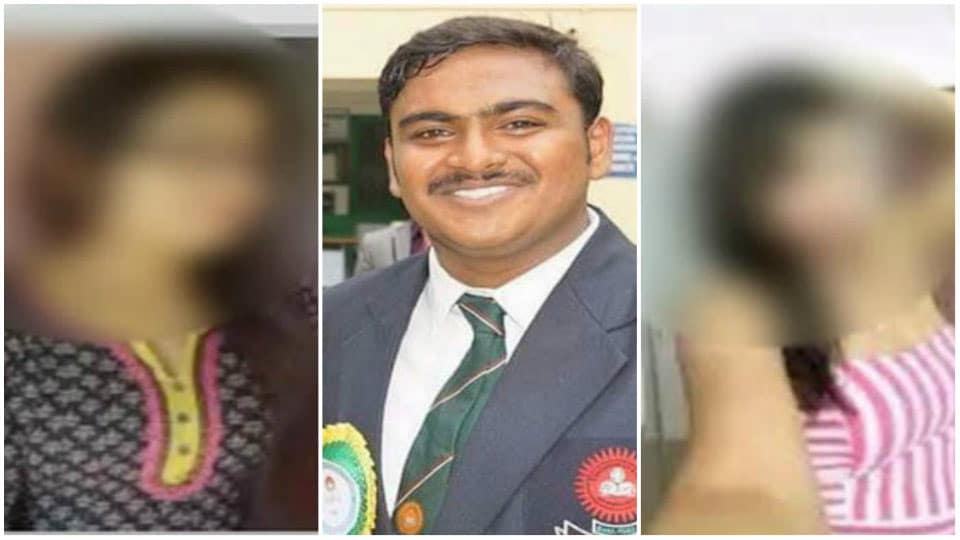 Mysuru: A meritorious student of the University of Mysore has been arrested by the Jayalakshmipuram Police on charges of posting mobile numbers and photographs of girl students on a website that provides escort services.

The student has been identified as Jayanth Kumar, who is a final year student of Environment Science. He is the son of Basavaraju and a resident of Vidyaranyapuram. He had uploaded the phone numbers and photos of five girls and three boys. The website contains objectionable content with semi-nude photos of women.

Admitting that he had uploaded the photos on the escort services website, Jayanth Kumar told the Police that he was insulted and rebuked by his classmates for scoring high in examinations and as well as in the internal assessment. He was a top-scorer in all the three semesters.

He told the Police that his classmates, especially those who scored low marks insulted him and had spread rumours that he (Jayanth Kumar) was in the good books of the Professors and had got question papers before the examination so that he could perform well.

He claimed that the girls were jealous of him and used to tease him that he was able to score good internal marks with the help of some Professors. He said that his classmates never used to call him for events and he cited the example of “fun week” celebrated by his department for which he was not invited.

Jayanth confessed to the act and said that by uploading the photos and phone numbers, he wanted to take revenge on “unfriendly classmates.” He told the Police that when he was browsing the internet in the third week of April, he found the website where he uploaded the photos and phone numbers. The girls approached the Police after they received obscene calls on their mobile phones.

Acting on the complaint, the Cyber Cell Police of the CID rounded off Jayanth at his residence by tracing the IP address connected to his personal computer and mobile phone. Considering the gravity of the case, the Police had handed over the investigation to the CID.

Jayanth told the Police that after uploading the photos and phone numbers, he had deleted the content.

However, he re-uploaded the content later. He has been charged with IT Act and IPC Section 509 (word, gesture or act intended to insult the modesty of a woman) that can be punished with simple imprisonment for a term which may extend to one year, or with fine, or with both.