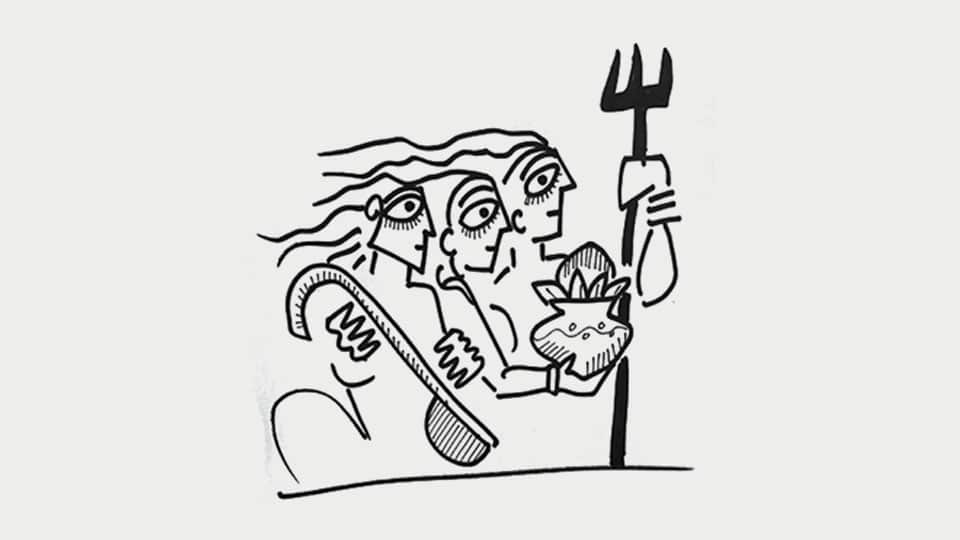 Metaphor of the three Goddesses

Hindu mythology uses metaphor of human relationships to explain concepts. This can be confusing as metaphors are rarely consistent. This confounds those who see mythology as history and insist on reading stories literally. The case of the three Goddesses — Lakshmi, Saraswati and Durga — who embody wealth, knowledge and power, makes this conundrum obvious.

If one looks at the 1,000-year-old Pala sculptures from Bengal, we find that Vishnu is often shown as having two wives. One wife holds a pot or a fan, indicating she is Lakshmi associated with comforts and the other holds a lute or veena, indicating she is Saraswati, associated with arts. In temple lore, Lakshmi refuses to live with Saraswati and so goes down to earth, where no one respects Saraswati. This forces Vishnu to take his avatars that will bring Saraswati to earth and Lakshmi back to Vaikuntha.

In Shiva’s lore, the role of Goddesses changes dramatically. Durga is the wife of Shiva. Their son, Ganesha, is married to Riddhi, Goddess of plenty, which is Lakshmi. He is also married to Siddhi, the Goddess of intellectual achievements or Saraswati. In Durga traditions of Bengal, Durga’s two daughters are Lakshmi and Saraswati. In this case, Ganesha becomes the sibling of Lakshmi and Saraswati and not the spouse.

In folk traditions, we hear of the great Goddess who divides herself into three parts so that the three Gods Brahma, Vishnu and Shiva can get wives. This idea brings symmetry into myth. Complex rationality is used to explain why the creator is bound to knowledge, the preserver is bound to wealth and the destroyer is bound to power. But it is tough to convince all that knowledge (Saraswati) is needed by creators (Brahma) and wealth (Lakshmi) by sustainers (Vishnu) and power (Durga) by destroyers (Shiva).

Which of these three stories are right? It all depends on what we wish to believe. The point of the stories of the Puranic narratives is to divide the world into two parts, who we are and what we have. The Goddesses are what we have, while the Gods are who we can become. We can be Brahma, Vishnu or Shiva. We either seek or shun wealth, power and knowledge. The Gods are what we do (creating, sustaining, destroying); the Goddesses are what we seek (wealth, power, knowledge). This concept forms the foundation of Puranic thought.

READ ALSO  Metaphors of the Goddess