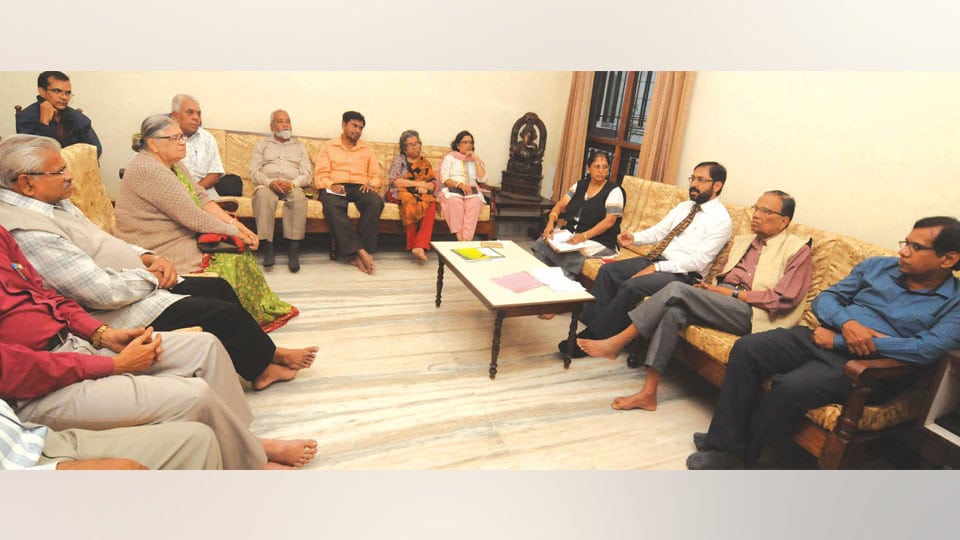 Dongre said that domestic LPG refill cylinders could be booked online through the concerned oil company website and payment made too which would provide a rebate of 5% for the consumer.

A consumer alleged that the delivery boy usually demand a tip of Rs. 20 and above for delivering the cylinder to house.

Replying to that Dongre said that such irregularities should be immediately reported to the distributor as collecting extra money was an offence.

A few MPG members complained that LPG subsidy amount was not being credited to their bank accounts despite linking them with Aadhaar number even after six months. Dongre suggested the aggrieved to contact the distributor and Bank Manager to sort out the problem.

Dongre further said that a booklet informing the guidelines regarding proper usage of LPG and safety aspects was being distributed among consumers.

MGP Working President S. Shobana and other members were present at the meeting.