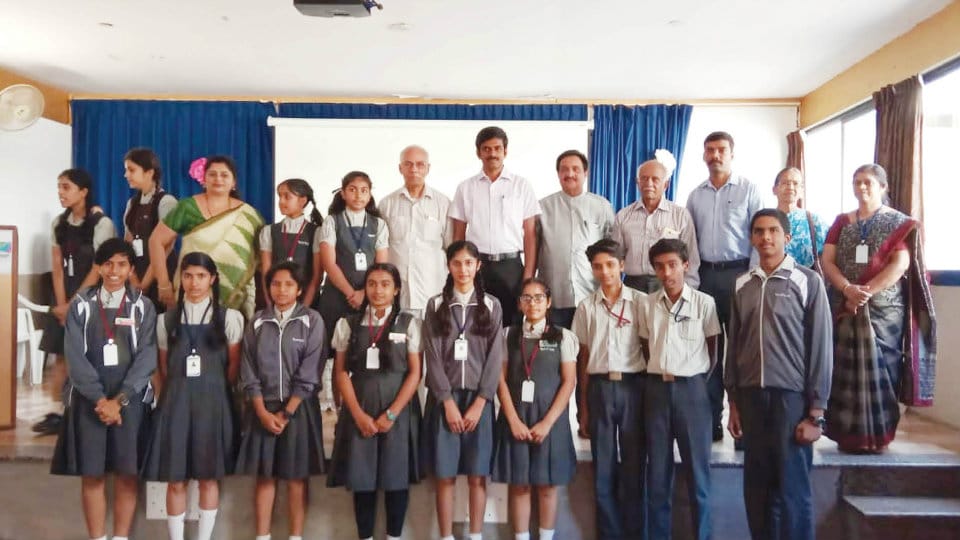 Mysuru: Mysuru Grahakara Parishat’s (MGP) initiative to introduce the bright, young minds to the importance of clean and green movement through Environmental School Warden Programme (ESWP) is really laudable as it is a very new experiment in this direction, said Deputy Commissioner Abhiram G. Sankar.

Speaking after launching the ESWP at Kautilya Vidyalaya in Dattagalli 2nd Stage here yesterday morning, he said that the efforts of MGP to motivate the children to think for themselves and carry out activities on their own is what is very essential in today’s world where there is grave concern because of ecological damages.

It is very heartening to see the self-motivation of the students who have taken it upon themselves to keep the surroundings clean by clearing the garbage, he said.

MGP’s Bhamy V. Shenoy, speaking to Star of Mysore, said that ESWP is a new concept and when the idea was taken to the DC, he suggested that the idea should be demonstrated in some schools. Hence, five schools — Kautilya Vidyalaya, Mahajana Public School, Shanthala School in Siddarthanagar, Mysore West Lions Seva Niketan School in Gokulam and Vijaya Vittala School in Saraswathipuram — were chosen for the experiment.

Two sixth standard students of Kautilya Vidyalaya, Kreeya Suman and B. Bhoomi Sharat, were chosen as the Ambassadors for 15-member ESWP team, seeing their self-motivation and commitment to cleanliness and environmental protection at such a young age.

Kreeya Suman told Star of Mysore that she herself picked plastic and water bottles thrown around whenever she saw them and used to give it to the recycling unit of her father’s friend. But, now she plans to do something on her own.

Bhoomi Sharat said that she was very concerned about garbage clearance and only when every citizen participates in keeping the surroundings clean, can one maintain good health and a clean environment. Mysore West Lions Seva Niketan School Secretary K.S. Gururaj, Kautilya Vidyalaya Principal Dr. L. Savitha and others were present.

READ ALSO  Kautilya student takes off to NASA in May