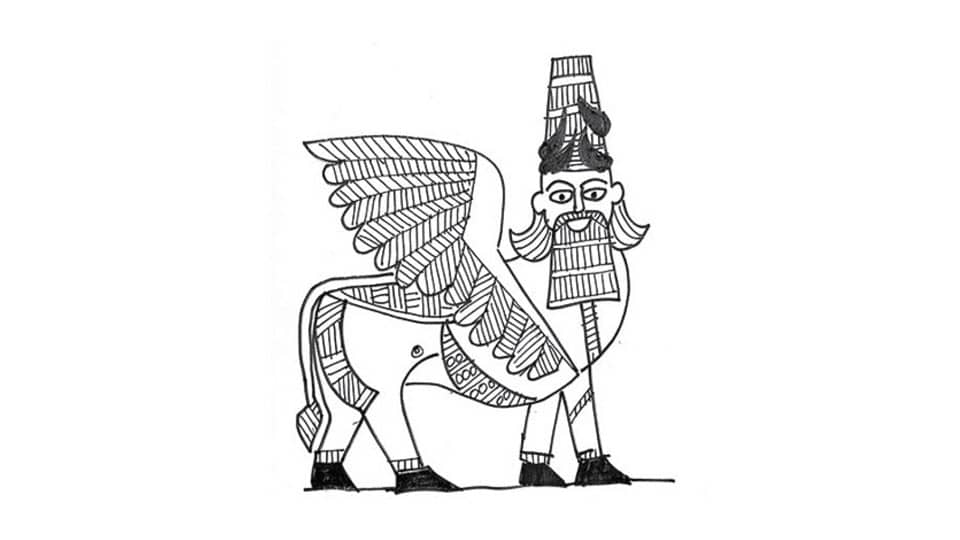 The Middle East includes Mesopotamia (Iraq), the area watered by the Euphrates and Tigris. To its East is Persia (Iran); to its South is Arabia; to the West is Levant (Near East); and to the North is Anatolia (Turkey). Egypt is also included in the Middle East due to close cultural ties. These regions have given us very important mythologies. The common theme across all these mythologies is the belief that you live only once, distinguishing it from Indian mythologies based on rebirth.

The oldest of these mythologies is Mesopotamian mythology. They believed that the world is controlled by many Gods who have a council called Anunnaki. Humans were created to serve the Gods. If the human servants displeased the Gods, they could send down floods to destroy them. This was related to the repeated floods that the Mesopotamian plains suffered. Agriculture first emerged in these plains. This region gave us the Sumerian city-States and the world’s first empires, Akkadian, Assyrian and Babylonian. Every city here had its own Gods. The hierarchy of the Gods changed, depending on the city-State which had the most power and strength. In the Babylonian Empire, its hero-God Marduk was seen as all powerful, dominating other Gods of the region.

Egypt also believed in one life and many Gods. However, belief in one central king, the pharaoh, who dominated all life, distinguished Egypt. The king represented Horus, who was the son of the first God, Osiris. Osiris created civilisation. If Horus rules this life, then his father, Osiris, rules the afterlife.

If Mesopotamia gave us many Gods and many kings, and Egypt gave us many Gods with one king, Persia gave the idea of one God with one king. Persians believed that God (Ahura Mazda) is good and opposes all things bad, created by the Devil (Angra Manyu). This mythology is communicated to humanity by the prophet, Zarathustra. God is visualised as fire, but no rules are given on how to live life. The focus is on creating a good life. So, the Persian kings were the first in the world to create a very secular empire. They allowed all different kinds of people to live in their kingdom. They genuinely believed that the purpose of kingship was to help their subjects, unlike the Egyptian pharaoh who believed that the people existed to serve the Gods, hence him. This theme helped shape much of human history.

The idea of one God who demands obedience, gives a set of rules to follow, comes from the Near East — the Judaic mythology. If you do not obey this God, he brings down fire and brimstone, like he does on the cities of Sodom and Gomorrah. Here, the messenger becomes very important. The message of God comes down to us through the prophet, such as Abraham and Moses. The same mythology extends itself to Christianity as well. Here, the messenger of God also becomes the son of God—Jesus. Islam, which emerged 1,400 years ago, follows the same line of thought. The messenger here is Mohammad, who is the final prophet. Jesus here is merely a messenger, but no son of God. Today, the idea of one God who demands obedience of humanity is one of the most dominant mythologies of the world giving rise to religions that shape world history — Judaism, Christianity and Islam, in all its many forms.