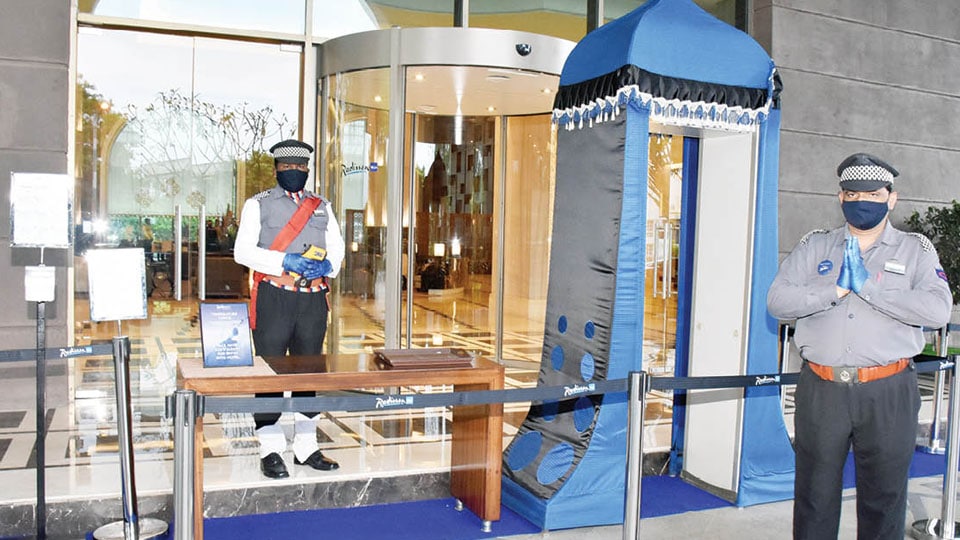 Green shoots of revival; it is visible to all the so-called intellects and economists  post this pandemic. But what is the reality on the ground? Yes, certain industries like pharmacy or biscuit manufacturers prospered in this pandemic but all the other manufacturers  are in doldrums. With doles being given all out, the public sector banks will be left holding        the bucket at the end of the  year. What is going to be the NPAs at the end of the year is anybody’s guess.

As far as the tourism industry is concerned, the future is bleak indeed. Domestic air travel is just 33 percent open and  it may take at least 6 to 12  more months for the  domestic travel to  come up to pre-COVID time. As far as international travel is concerned, it may take anything more than 2 years for normalcy to return. Frankly  with the additional documentation, waiting time,  mask and face shields, the logistics, it has become a nightmare to travel long distances. My relation recently travelled  in business class to Chicago from Delhi. He was just served a bottle of water and a box of food for nearly 12 hours flight and that too after paying Rs. 3 lakh for a seat!

Before the pandemic, airline industry was growing at a steady pace of 5 percent per year. But how the pandemic stuck can be guaged from the fact that from January to July this year,  approximately 7.5 million flights have been cancelled. Thousands of planes grounded and fighting for parking spots. Singapore airlines have parked all their planes in Australia since the humid weather in their own country may make the planes rusty and non-operational ! Which are the airlines which will survive. Simple, those airlines which are government-backed and get government bailout like Lufthansa, Singapore Airlines etc.

One thing for sure. Many a things will change in future. Though at present, airlines would be offering lots of discounts to get people to fly, the prediction is that air travel is going to be more expensive because of all the extra costs on safety in future. Till the time an effective vaccine is found and the fear factor is erased, it will not be fair to expect normalcy.

As far as Indian tourism industry is concerned, some destinations like Goa, Kerala or Rajasthan would be hard hit since  they  depend on  international tourists to a large extent. But many a States in India depend on domestic travellers — like Mysuru.  Here the activity  is expected to start faster and earlier, depending on the spread of the pandemic, of course. Mysuru has been hit the worst since yoga and medical tourism has also been hit with the curtailment of air travel.

So it is time the tourism stalwarts of the State device a short-term, out-of-the-box contingency   plan  to  revive  and support this industry.

I was talking to my daughter at Singapore, another tourism  destination  which also is  badly hit  due to lack of flights. Similar problems, but they have already worked out an effective short-term plan for survival which can be replicated in Karnataka too.

Simple, they have asked all the hotels and recreational centres to work out packages which is being sold to their own citizens. The Government is trying to lure their own citizens to go and stay at resorts in the country by offering heavy discounts and freebies. It seems all the hotels in Sentosa Island are full of local Singaporeans. All the top 7 star hotels in the city are  offering rooms at  70 percent discount to lure locals to come and stay a night or two. A limited period offer.

Similarly, hotels in Mysuru and Kodagu can work out special packages for all citizens of smaller towns nearby and Bengaluru  to come and stay safely  in their hotels at a throw away price. Highlight the “safety aspect” and I am sure many well-heeled gentry in these small towns would be tempted to spend some time in these hotels to get out of the mental tension of the lockdown. Hotels can even offer pick and drop services for those living in city, who want to come and stay in these hotels to get out of sheer boredom!

A recent write-up wherein it was mentioned that hotels were being offered as short-term “COVID Centres” is a  welcome step indeed. I am sure that many a patients who can afford these stays would take up this offer.

For the Malls, why not try to get a free pick  up and drop service in a 20-seater van at fixed timing? The need of the hour is to get footfalls into the Mall. Even if a single mall sends 6 buses, the cost when divided amongst all the shops in the mall, would be very small. For example, Sankalp Central Park has about 350 flats. I am sure the inmates would be tempted to step into the malls if offered a free ride and back to malls in a safe way at fixed timings.

Let us now talk on the role of media. Till the time this pandemic is tamed and the local businesses are back in full action, the media can play a role by offering discounts on the advertisements. This will encourage the local hotels, amusement parks, restaurants, etc., to freely advertise to get more and more locals in to their  premises.

I am sure that our stalwarts can come up with more such ideas to kickstart the tourism economy of this city.  Do you agree ?