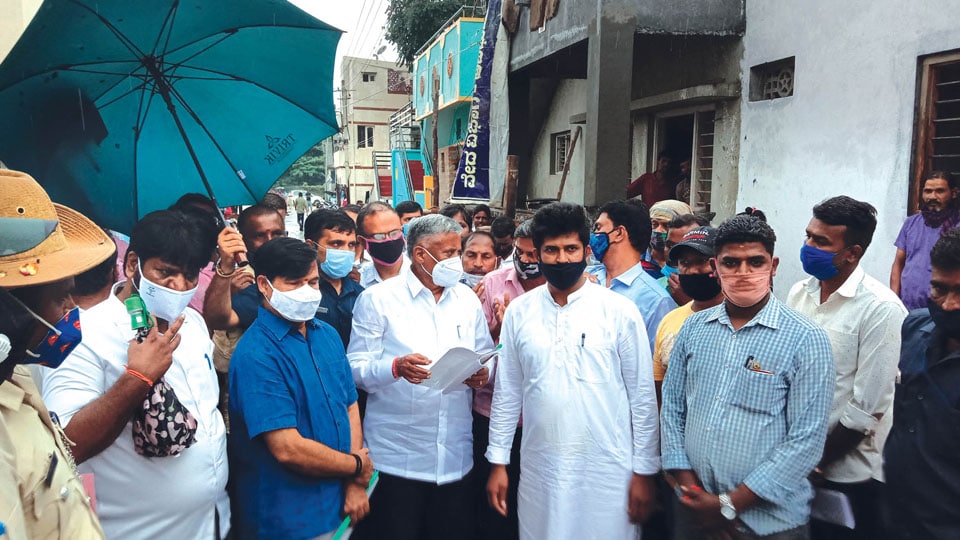 Mysore/Mysuru: Housing Minister V. Somanna on Friday appealed the poor and the shelterless to avail all benefits under various State and Central Government Welfare and Housing schemes.

He was speaking to press persons after inspecting the houses being built by Karnataka Slum Development Board at Dr. B.R. Ambedkar Colony in Ashokapuram here yesterday.

Earlier, Ravi, a resident of the Colony submitted a memorandum to the Minister seeking immediate release of second instalment of funds for completion of construction of houses, the works on which has been abruptly stopped for want of funds.

After the inspection, Somanna, along with KR MLA S.A. Ramdas and MP Pratap Simha, visited a temple in the locality and  offered prayers.