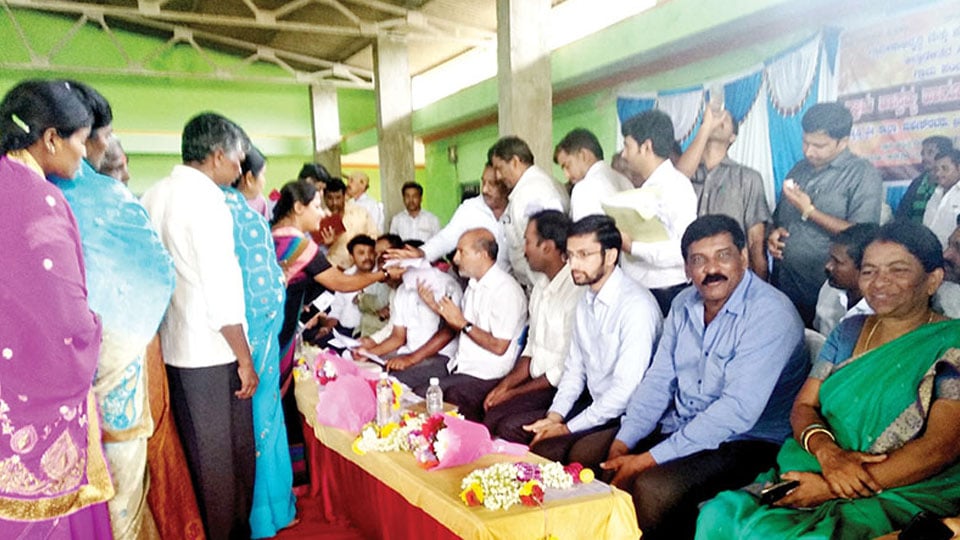 Mysuru: As part of his Grama Vastavya initiative, Tourism and Sericulture Minister S.R. Mahesh stayed at the residence of one Puttashetty at Malanayakanahalli in K.R. Nagar Taluk on Friday night. On Saturday morning, the Minister held a Janaspandana programme, during which he received more than 500 petitions and representations from the villagers.

After going through them, he directed the concerned officials to take necessary action on these petitions and address the grievances of the villagers at the earliest.

Speaking on the occasion, S.R. Mahesh said Chunchanakatte Jalapatotsava will be held next week and Chief Minister H.D. Kumaraswamy has been invited to inaugurate the water fest. Asking the officials to make necessary preparations for the colourful event, he assured of setting up a potable drinking water plant and milk freezer unit in the village.