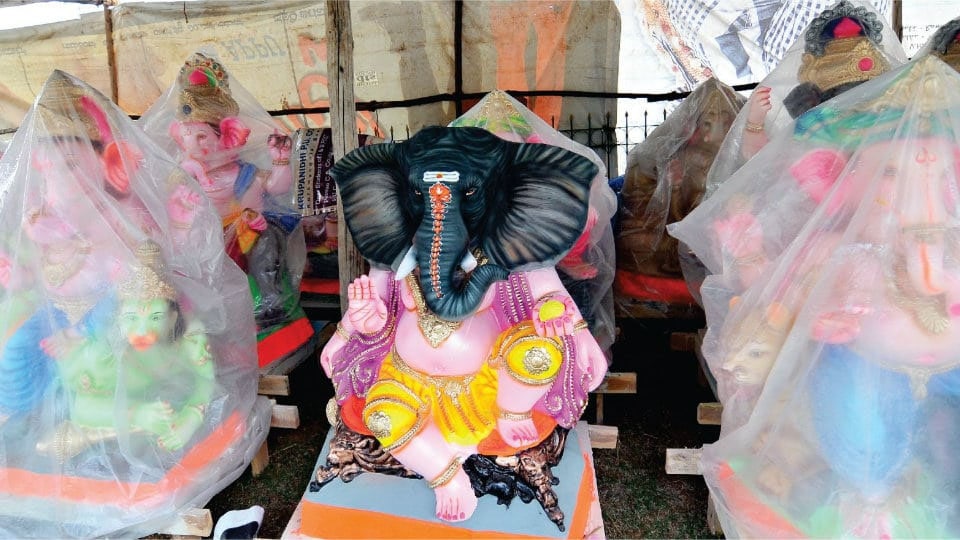 Mysuru:  The Mysuru City Corporation (MCC) as part of its drive against Ganesha idols being made out of Plaster of Paris (PoP), chemical colours and plastic,began checking for the same from Aug. 4.

The team led by MCC Health Officer Dr. D. G. Nagaraj visited a Ganesha idol manufacturing unit in Vinayakanagar (Paduvarahalli) and found that the idols were being made of clay and not exceeding four feet in height.

Dr. Nagaraj speaking to Star of Mysore here yesterday morning said that the manufacturers were not using PoP, plastic or chemical colours and were following the stringent guidelines issued by the Karnataka State Pollution Control Board (KPSCB).

He said that the MCC as soon as it completes the inspection will send the report to KSPCB the same day.

In the coming days, the team will visit Panchamukhi Ganpathi Temple on Irwin Road, Kumbarakoppal, Temple Road near Mathrumandali Circle, CFTRI Layout near Bogadi, Hebbal Ring Road near SBI and other places and check whether the guidelines issued is being followed or not, said Dr. Nagaraj.