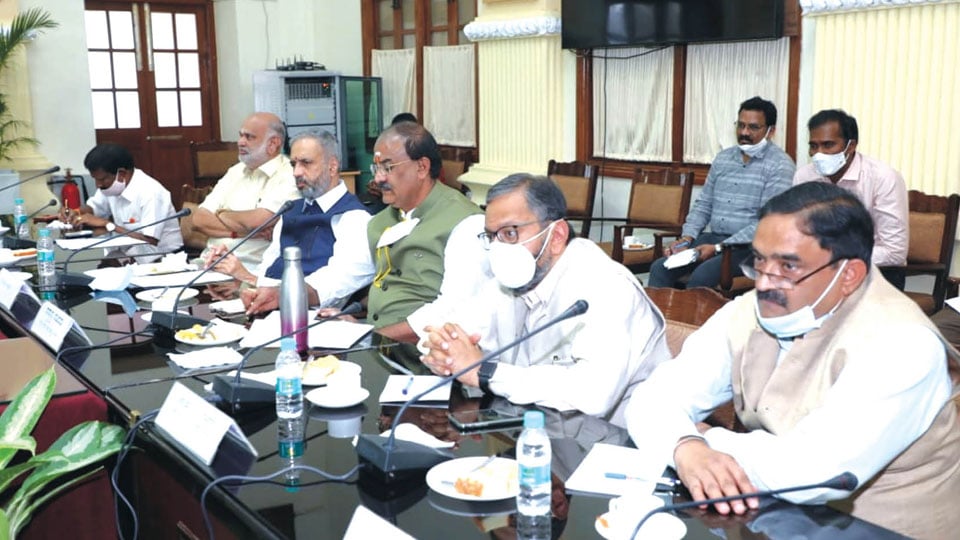 Bengaluru: A delegation of legislators of wildlife infested Assembly constituencies will be taken to New Delhi to seek permission for constructing the barricade on fringes of forests under Compensatory Afforestration Fund Management and Planning Authority (CAMPA) to prevent the wild animals from straying into human habitation, said Forest Minister Arvind Limbavali.

He was speaking at a meeting of MLAs’ whose constituencies have been affected due to frequent attacks of wild animals at Vidhana Soudha here recently.

Limbavali said the Forest Department has plans to build barricade 624 km long barricade of which 165 km has been barricaded. Another 450 km of barricading work was pending and it required Rs.550 crore. Since this work needs the Union Government’s permission, a delegation of legislators concerned will be taken to Delhi soon to meet Union Minister Prakash Javedkar.

He said complaints about the harassment of forest dwellers by Forest Department officers have come to his notice and instructions have been issued asking them change their behavior. In fact, distribution of title deeds to forest dwellers and providing basic facilities to haadis (tribal hamlets). Decision to this effect will be taken soon, he added.

Legislators, who spoke at the meeting, urged the State Government for the speedy disposal of compensation to kin of those who were killed in wild animals attack, hike in crop compensation and increase in compensation amount for the death of cattle and other small animals on par with the market price, improvement of connecting roads to haadis and inside forests.

The Minister promised to convene a meeting of top brass of the Department to discuss all their suggestions and will take decision at the earliest.