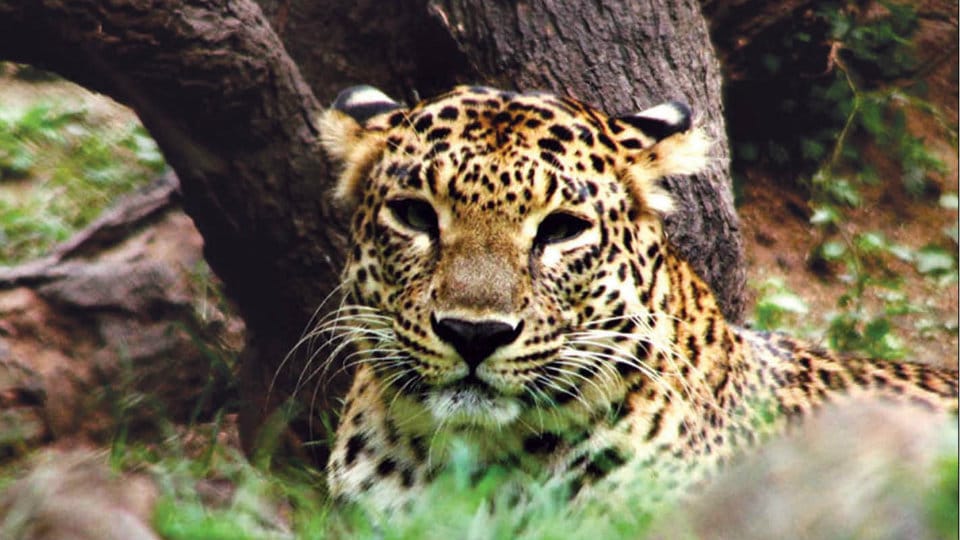 Living with the Leopard

As humans have a right to live, so do leopards. The only way to leopard-proof urban areas is to stop discarding animal waste around the areas inhabited by humans. By indiscriminately discarding meat waste, we are inviting leopards and they are only accepting our invitation, says Ethologist Ragoo Rao in this article.

Leopard sightings and attacks are increasing by the day, especially on the outskirts of many urban areas including Mysuru.  Such man-animal conflict is happening frequently since the last five years or so.

While many man-animal conflicts are mainly centred around protected National Parks and reserve areas, the case of leopard is in a different dimension. Some argue that conservation and protection has increased leopard population beyond the holding capacity of the protected sanctuaries and they are spilling   out to urban areas.

This is a ‘yes’ and ‘no’ situation. While protection of wildlife has been laudable, nature has its own way of keeping a stable population with a little increase or decrease as the situation might be. Then where did the leopards come from? Where were they until the last 5 years? Is it not from the protected sanctuaries that these leopards are moving in to urban outskirts? What draws them to urban outskirts? Isn’t prey more abundant and easy to get in a jungle than the edges of towns and villages? Logical, but leopards don’t go by logic. They thrive because of their dietary flexibility and ingenuity to live alongside man without being detected.  Leopards are known to bring down large ungulates like Sambar deer and also be satisfied preying on rodents.

Leopards can live undetected for many seasons in farmlands and plantations, mainly because they are nocturnal and very silent in their movements. A leopard can cover close to 15 miles in a single night. They are known to be existing in the midst and outskirts of highly populated cities like Mumbai. This has been studied and recorded. 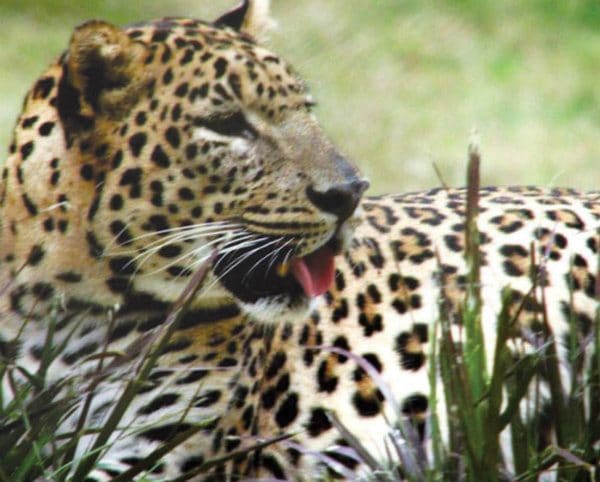 When such complaints reached the ruling Maharajas, a few European Shikaris settled in Mysore would be given orders to protect people. These people were the only saviours of this menace. They would hunt down the leopard and later leopard heads were mounted as trophies to prove their hunting skills and heroism. They also earned the respect and patronage  of the Maharajas.

Leopards normally do not consider humans as prey. They may try to attack a human when there is an unintentional intrusion into its littered place. It is a defence reaction to protect the cubs. The normally nocturnal hunting leopard may start prowling in the daytime too to hunt when under great pressure to feed its fast growing and ever-hungry cubs. Such are the circumstances when there would be a human-leopard confrontation.

Regular visitors to Chamundi Hill would have frequently sighted leopards. They have been here in the past and they will be here in future too. In fact, leopards are finding it more convenient to live around human settlements than forests.

This is mainly because of a leopard’s behaviour, cleverness and highly adaptive food habits. Their stealth is legendary and they can move like a shadow in darkness. They are the phantoms of the dark. To understand a leopard better, its behaviour and adaptability   has to be understood.

Of all the big cats, the Indian leopard (Panthera pardus fusca) is the most flexible in its dietary requirements.  It can thrive on rodents, birds, discarded cattle carcasses and discarded poultry or meat slaughter waste. Our callous and irresponsible way of discarding meat waste very close to urban limits attracts stray dogs.

Once the food is assured, next is shelter, especially when cubs are born. Sugarcane fields, large industrial compounds with tall grass and shrubs, abandoned industrial buildings without human interference offer a good place for leopards. The needs of a leopard are flexible and it has all the ingenuity to live along with man and go undetected for long periods. There are ways to leopard-proof your surroundings to a great extent. Discourage trash dumps near city limits and scientifically check stray dog population.

Leopards have been around for a long time and have co-existed with humans. Since we are destroying their habitats, they are straying around looking to survive. We are doing wrong things at the right place for leopards. We are inviting them. And they are only accepting our invitation.

As humans have a right to live, so do leopards. The only way out of this situation is to know the leopard better and prevent them from coming close. Killing won’t help but intelligent and committed management do. It helps both humans and leopards. The planet belongs to leopards too. Give them their space.

2 COMMENTS ON THIS POST To “Living with the Leopard”