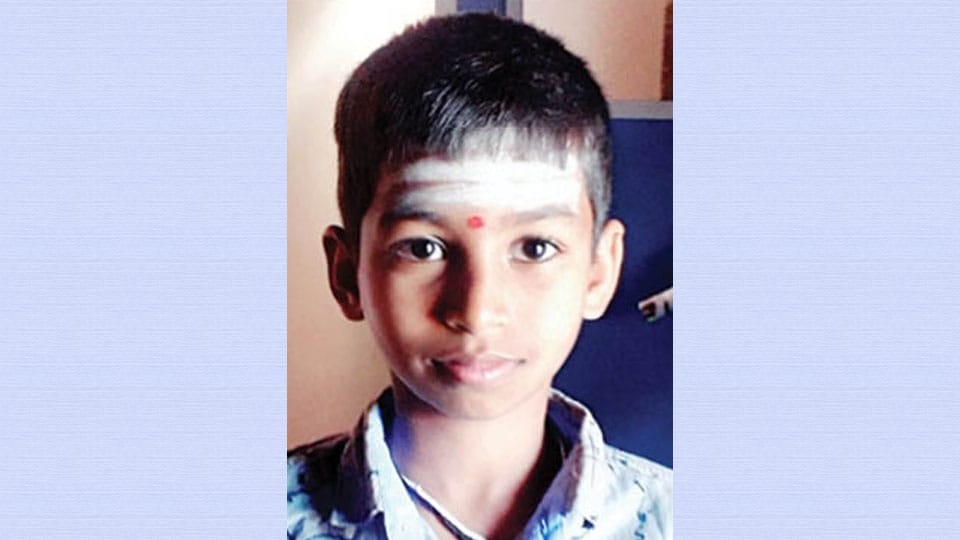 Mysore/Mysuru: In a daring move, a 12-year-old boy pierced his finger to one of the eyes of the attacking leopard that bit his shoulder. In deep pain, the feline released its bite and disappeared into the bushes. The boy, who sustained injuries on his shoulder, has been admitted to JSS hospital.

The incident occurred yesterday at Beeregowdanahundi near Kadakola in Mysuru Taluk in the farmhouse of Ravi, a villager. Ravi and his son Nandan had been to their farmhouse to feed grass to their livestock as part of their daily routine.

As Nandan was offering the grass, the leopard that was crouching amidst the haystack pounced on him.

The feline bit Nandan’s shoulder and a portion of his neck.

Shocked by the sudden attack, Nandan screamed for help and at the same time pierced his thumb forcefully into one of the animal’s eyes. Unable to bear the counter attack, the leopard jumped out of the haystack and disappeared into the bushes.

The attack occurred in Ravi’s presence within a few seconds and for a moment Ravi failed to realise what had happened. Nandan was bleeding heavily from his shoulder and neck region and he was rushed to hospital where he is recuperating.

The village of Beeregowdanahundi and surrounding areas are frequented by leopards and there is a large vacant space that belongs to Chamundeshwari Electricity Supply Corporation (CESC) and the authorities have not bothered to clean the space. The thick bushes grown in this space has become a place for leopards to take shelter, say villagers.