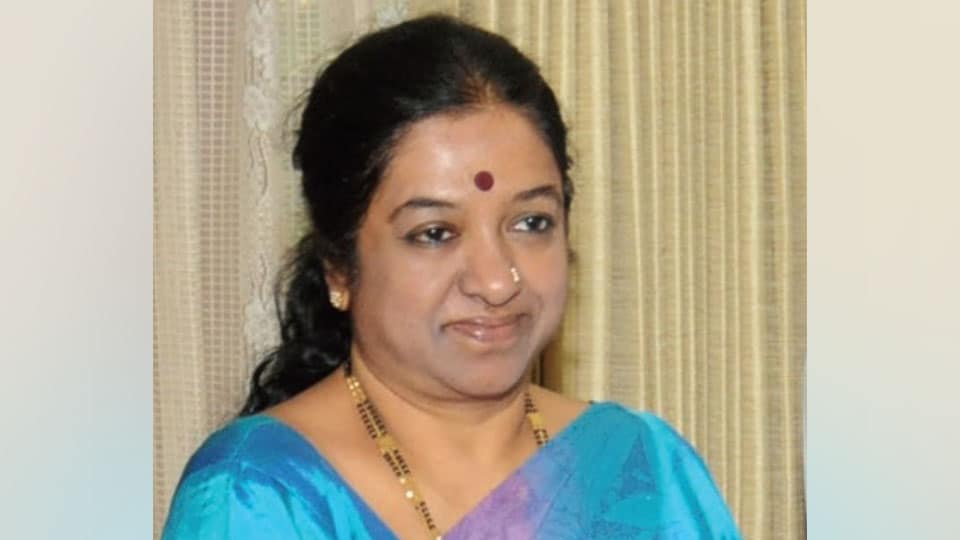 Bengaluru: Chief Minister Siddharamaiah has inducted Gundlupet MLA Dr. Geetha Mahadevaprasad into his Ministry this morning. The CM had recently obtained the Congress High Command’s approval to fill up vacancies in his Ministry. The official swearing-in date will be announced soon. Geetha is the wife of former Minister H.S. Mahadevaprasad who died in January this year following a massive heart attack. Following his death, a by-election was held for Gundlupet constituency where Geetha, a first time contestant, won the seat with 90,258 votes, defeating BJP candidate C.S. Niranjan Kumar.

It may be recalled here that on April 16, Star of Mysore had predicted that Geetha would be included in the Ministry. Sources told this newspaper that it is not yet confirmed what portfolio Geetha will get. Vacancies arose following the death of H.S. Mahadevaprasad, resignation of H.Y. Meti and V. Sreenivasa Prasad.