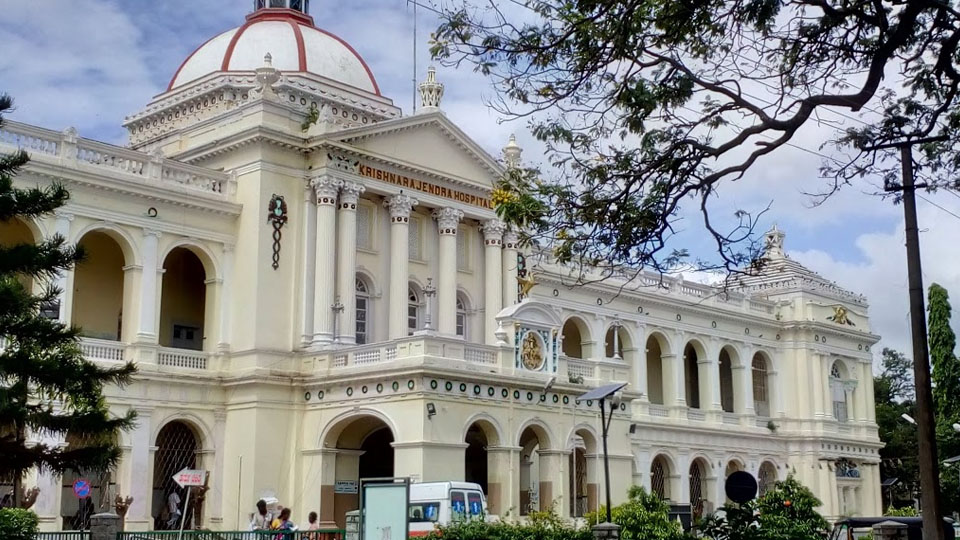 Miscreant in the guise of doctor steals mobile phone of patient

Mysore/Mysuru: A miscreant in the guise of a doctor has made away with the mobile phone of a patient at K.R. Hospital on Tuesday afternoon.

The patient, who lost the mobile phone, is Geetha, a resident of Yaraganahalli in city.

On Tuesday afternoon, Geetha, who was suffering from respiratory problem, had come to K.R. Hospital as an out-patient for a check-up along with her grandmother Lakshmamma.

At about 3.30 pm, when Lakshmamma was talking with her relative Avinash over the phone, the miscreant, who heard their conversation from a distance, came to Geetha in the guise of a doctor and told her that he wanted to speak to Avinash and asked Geetha to call him.

Geetha, who called Avinash from her mobile phone, handed over her phone to the miscreant when Avinash answered the call. The miscreant, who began to speak over the phone, walked out of the ward while still speaking on the phone.

Geetha, who immediately rushed outside the ward and looked around, found the miscreant missing along with her phone. When she tried calling her phone number the phone was switched off. No complaint has been filed so far in this regard.