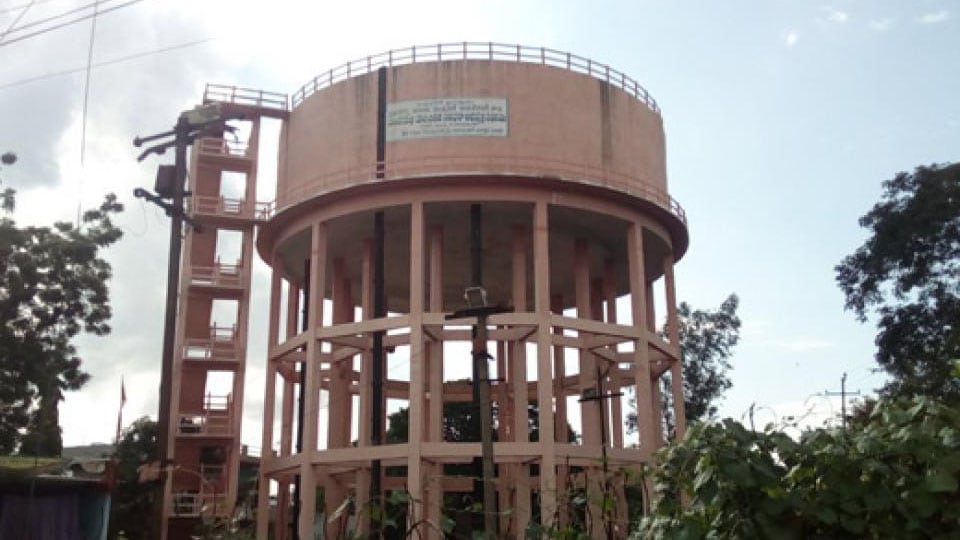 Mysore/Mysuru: Residents of a Nanjangud village had a providential escape from illness/death as the drinking water meant for villagers that was allegedly mixed with pesticide by miscreants, was discovered in time on Monday.

Pesticides was allegedly mixed with water stored in the 50,000 litre capacity tank at Kurahatti village of Nanjangud taluk late on Sunday night. Without noticing this, the village waterman Mahesh opened the valve to supply water to the villages.  But as soon as the water was released from the tank, stench  emanated from the water, giving rise to suspicions that the water had been mixed with pesticides.

Soon, Mahesh shut the valve and informed the matter to the Health Department officials who rushed to the spot and conducted an inspection. A complaint has been lodged with Nanjangud Police in this regard.

Speaking to presspersons on Tuesday, SP C.B. Ryshyanth said that the situation would have been grave if the villagers had drunk the pesticide-laced water. The SP said that supply of water from the tank has been completely stopped and the villagers have been cautioned against the use of water stored in the water tank. He noted that the pesticide-spiked water has been drained out and a complete cleaning of the tank has been taken up.

Water will be stored in the tank after cleaning it, he said and added that the Police are on the lookout for the miscreants who had spiked the water with pesticide.

Nanjangud Water tank
Two injured as huge branch falls on bike
From today, Banks to work only till 2 pm