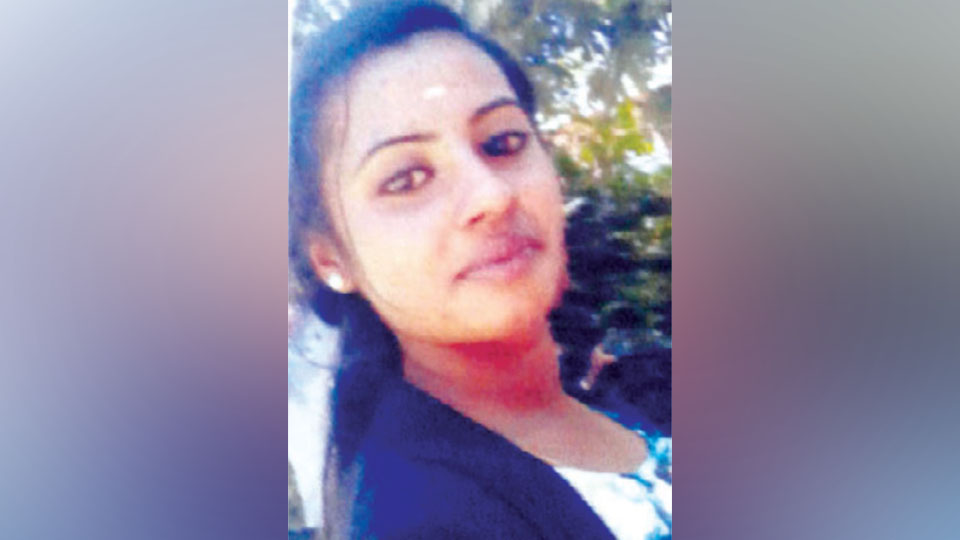 Virajpet – A teenage girl, who had gone missing from Bittangala in Virajpet Taluk on Apr. 3, was found in Bengaluru yesterday. The 17-year-old P.S. Deekshitha, a resident of Bittangala near Virajpet, who went missing along with her father’s Maruti Alto car, was traced at Mallasandra in Bengaluru. She has now been reunited with her family.

Deekshitha told the Police that she was upset over failing in I PU exams and had gone to Bengaluru in search of job. A student of First PUC at a college here, Deekshitha went missing along with her father’s car parked in front of the house. She also took her father’s ATM card along with her. Her father had initially lodged a kidnapping complaint in the Virajpet Rural Police Station.

Following the complaint, Police teams launched a search in Virajpet, Mysuru, Mandya and Bengaluru and were able to procure CCTV footages from Virajpet and Gonikoppal which showed Deekshita proceeding towards Mysuru. When the CCTVs were scanned in Mysuru, visuals showed her proceeding towards Bengaluru. The Police also found that Deekshita had withdrawn money using her father’s ATM’s card in Mysuru and Jalahalli in Bengaluru.

On Apr. 4, around 6 pm, Deekshitha’s father Suresh received a call on his cell phone about her whereabouts following which he alerted some of his relatives in Bengaluru.

The relatives searched for her near a vegetable market at Mallasandra where the car was found parked. Upon enquiry, it had emerged that Deekshitha was staying in a house belonging to a Kerala family. The family had provided shelter to her on humanitarian grounds.

The Police left for Bengaluru yesterday and took Deekshitha into their custody and handed her over to her parents.