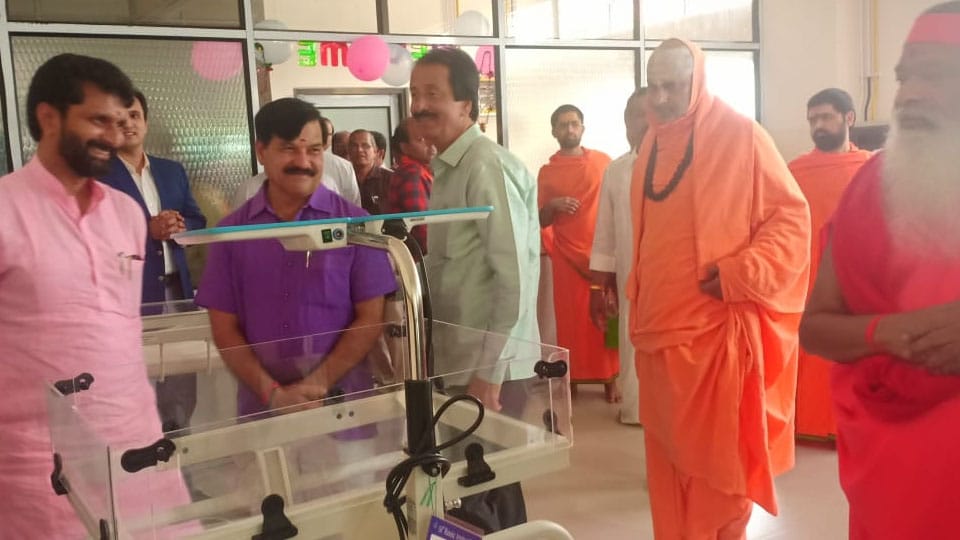 He was speaking during the inauguration of Kamakshi Hospital, J.P. Nagar and said that the Shenoi family ploughing back their earnings to the society is really very laudable.

Recalling the innumerable times the Shenois have lent their helping hand right from the time of Jan Sangh, including paying deposit amounts to the candidates to contest elections, he said that they have been giving generously not expecting anything in return unlike many others who support political parties and causes with ulterior motives. The family had given an Ambassador car to the party as a gift and all the time their support was based only on the ideology and not on any other issues.

Before the influence of Macaulay on the education system in India, education was not a business enterprise. The kings, seers and the rich were feeding the poor. Pandits were dispensing medicines free. Food, medicine and education were not saleable commodities. There was a feeling that tagging a price to them was a crime. The culture was not to ask whether you have had your food but to invite one for lunch or dinner asking the guests to wash their hands and feet. Prince Krishna and his poor friend Sudhama, Drupada and Dhrona studied together in the same school. There was no discrimination between the rich and the poor. However, today education has become a big business. Medical lobby in the US is dictating global policies of the world, he said expressing his concern. However, families like the Shenois still hold values as dear to them and are rendering service to patients charging minimum fees and Kamakshi Hospital is a standing example of this service, he added.