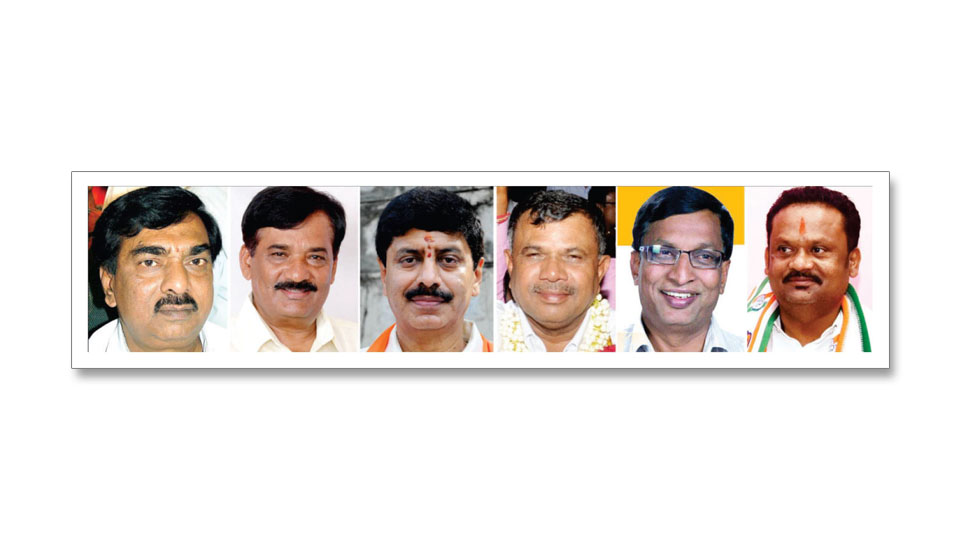 Bengaluru:  The ruling JD(S)-Congress coalition in Karnataka won three of the six Legislative Council seats in the Biennial elections to Teachers and Graduates Constituencies held on June 8 with the BJP bagging three.

The JD(S) suffered a reverse when its sitting member Ramesh Babu lost to Dr Narayanaswamy of the BJP by a margin of 1,872 votes in South-East Teachers Constituency. The Congress candidate M. Ramappa finished a poor third with 1,943 votes among 14 candidates.

However its nominee Marithibbegowda retained his seat in South Teachers Constituency defeating M. Lakshmana of the Congress by a margin of 4,217 votes.

BJP’s sitting member Capt. Ganesh Karnik tasted defeat in South-West Teachers Constituency losing to Boje Gowda by a margin of 2,885 votes. Former Member of Parliament Ayanur Manjunath of BJP won from Karnataka South-West Graduates Constituency defeating S.P. Dinesh of the Congress by a margin of over 9,000 votes, while in the North-East Graduates Constituency, Dr. Patil defeated K.B. Srinivas of the BJP by a slender margin of 321 votes. A. Devegowda of the BJP won the Bangalore Graduates seat defeating Ramoji Gowda of the Congress by over 4,800 votes.

MLC polls
New silk manufacturing unit to be set up at Rs.25 crore in Mysuru
Rebels likely to make it in June 17 Cabinet expansion