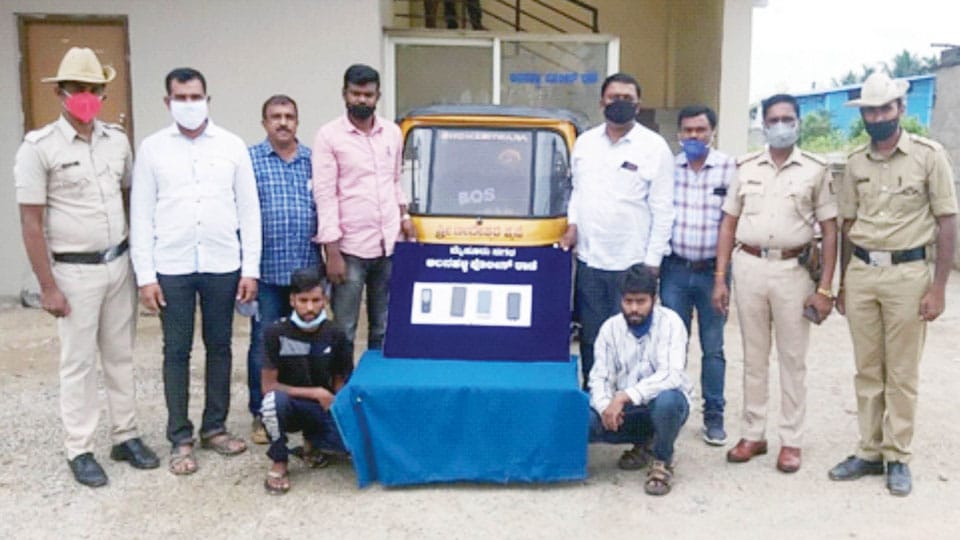 The arrested are 25-year-old Venkatesh alias Chaaku of Yeraganahalli and 21-year-old K. Sanjay of Lalithadripura village in the taluk.

On Oct. 7 at about 4.40 pm, one Nanjundaswamy was speaking on his mobile phone near Vajregowda Petrol Bunk on T. Narasipur Road. A group of miscreants, who came in an autorickshaw from behind, snatched his Redmi mobile phone and sped away.

During interrogation, the accused are said to have told the Police that they (accused) along with their accomplices Abhay, Roopesh and Jayakumar, were involved in snatching mobile phones and confessed of snatching the Redmi phone and also an iPhone near Yandalli close to S.V.P. Nagar on Oct. 6.

Based on the information provided by the accused, the Police have recovered one Redmi and one iPhone worth Rs. 1.50 lakh from them, besides launching a hunt to nab others.