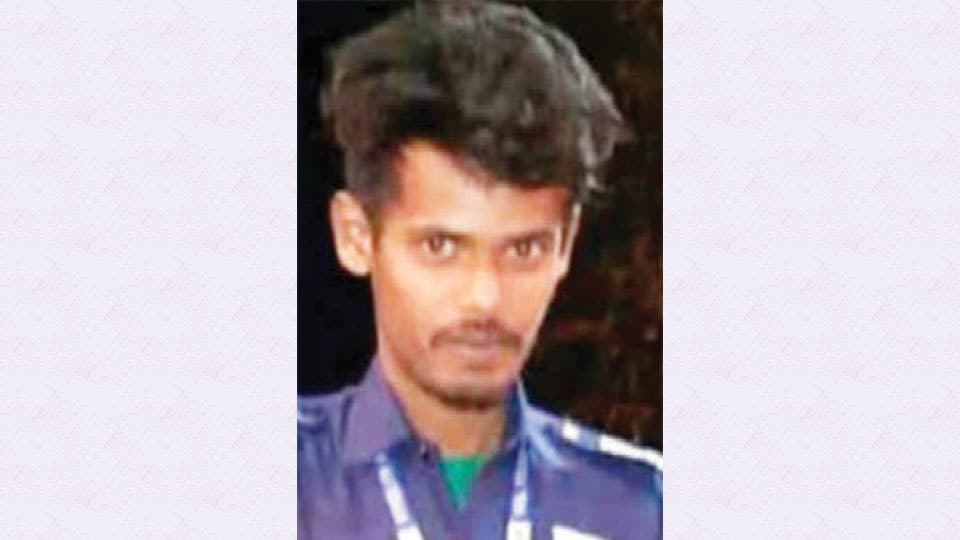 Mysore/Mysuru: A staff of Mysuru-Nanjangud Highway Toll Plaza near K.N. Hundi succumbed to injuries at a hospital after he was assaulted by a group of four youths at the Toll Plaza on Sunday night.

The deceased is P. Ganesh (23), son of Prakash of Kadakola in the taluk. Ganesh was working as a Toll Collector.

On Sunday night, four youths, who came in a Maruti Swift car from Nanjangud side at about 10.55 pm, picked up a quarrel with Ganesh, saying that their car mirror was damaged at the Plaza resulting in heated exchange of words.

When the wordy duel escalated, the youths allegedly stabbed Ganesh with a sharp weapon on his neck and fled from the spot.

Toll Plaza supervisor Raghavendra and others, who summoned an ambulance, rushed the profusely bleeding Ganesh to a private hospital in Mysuru, where he succumbed to injuries at about 7.30 am on Monday.

According to Police sources, on Oct. 10 (Saturday) at about 10.30 pm, the youths who came in the car from Mysuru side stopped at the Toll Plaza during which the hand of Ganesh had accidentally hit the car mirror damaging it.

The youths abused Ganesh and drove away only to return the next night and again picked up a quarrel with Ganesh. They asked him to get the mirror repaired and assaulted him seriously.

Mysuru Rural Police, who rushed to the spot, conducted mahazar, collected the CCTV footages, registered a case and arrested three youths identified as Puneeth, Srikanth and Deepak besides launching a hunt to nab one more accused.