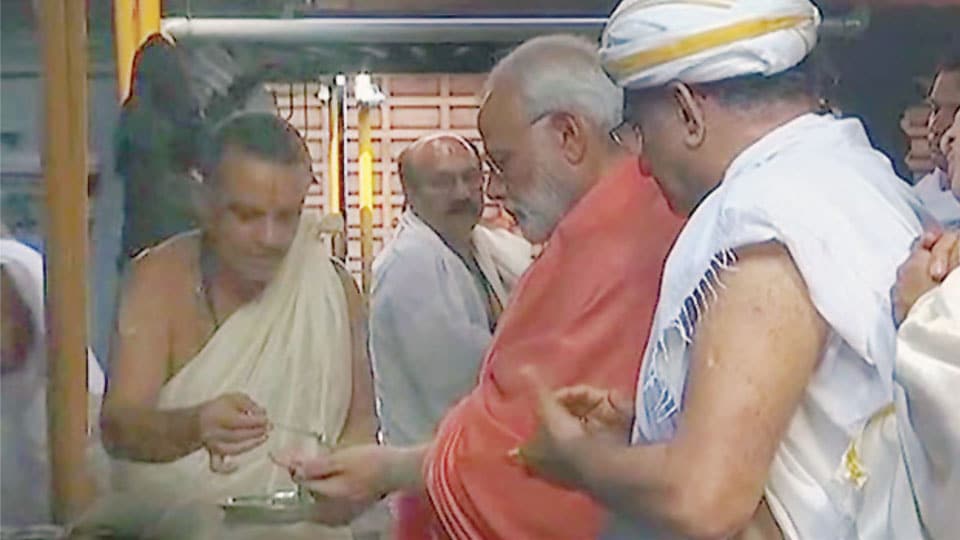 Mangaluru: The one-day Karnataka tour of Prime Minister Narendra Modi started off with a visit to Sri Kshetra Dharmasthala in Dakshina Kannada district where he offered prayers at Lord Manjunatheshwara Temple. The PM’s visit comes months before Assembly elections in the State where the BJP is trying to wrest power from the Congress.

Later in the afternoon, the PM will arrive at Bengaluru Palace Grounds for the Soundarya Lahari Samarpana programme as part of the 10th anniversary of Vedanta Bharati, where thousands of children will recite Soundarya Lahari, a set of shlokas composed by Adi Shankaracharya. Prior to this, Modi will briefly address the BJP workers.

In the evening, Modi will inaugurate the 110-km Bidar-Kalaburgi Railway track in Hyderabad-Karnataka region that will reduce the distance between Bengaluru and New Delhi by 380-km and travel time by six to eight hours.