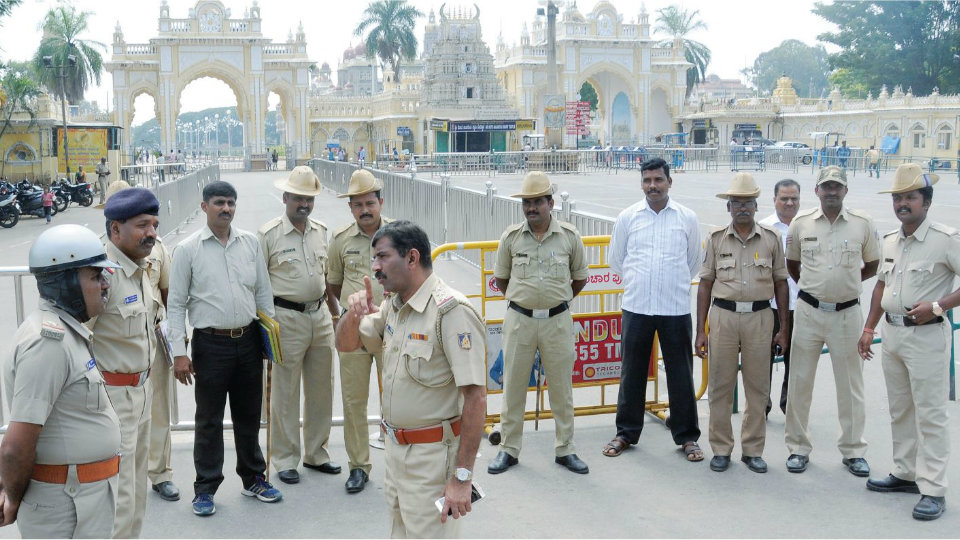 Mysuru: The City Police have denied permission for a public meeting and a bike rally of Hindu Jagaran Vedike (HJV) in city this afternoon, demanding a ban on the Popular Front of India (PFI) and handing over cases relating to death of activists of Hindu outfits to the National Investigation Agency (NIA).

As a precautionary measure, the Police have promulgated prohibitory orders under Section 144 of Cr.PC from 6 am to 12 midnight today, along the route of the bike rally and areas in front of Kote Anjaneyaswamy Temple, the venue of the proposed meeting.

The Vedike had planned to take out a bike rally as part of Janajagruthi Yatre from Kyathamaranahalli Tent Circle at 3 pm and pass through Udayagiri Circle, Gandhinagar, N.R. Mohalla and Shivaji Road, before culminating at Fountain Circle.

As the venues were highly sensitive, permission was denied and prohibitory orders were clamped at the aforementioned places, according to sources in the Police Department.

The Police erected barricades along the rally route to check unlawful assembly of people.

Venue shifted: As the Police have given permission to hold the meet at a different venue,  the Vedike shifted the venue to a space in front of the City Law Courts Complex, according to Vedike District Convenor Bogadi Kumar. The meet was yet to begin when we went to Press.