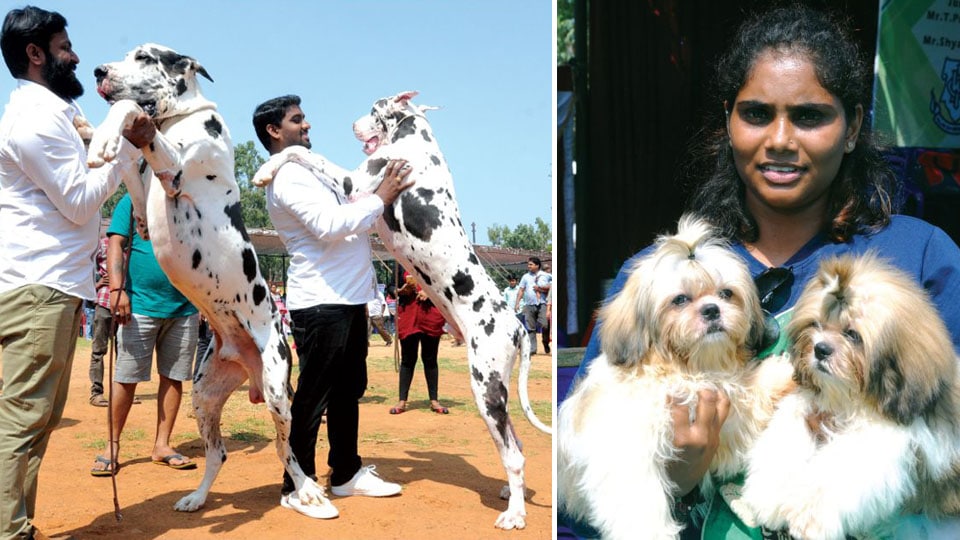 Mysuru: Man’s best friend is a dog as it is known for its loyalty and companionship with humans and this was so much in evidence at the National-level Championship Dog Show as the dogs vied with one another for the best spots. The Dog Show organised by the Canine Club of Mysore, affiliated to Kennel Club of India, began at the Scouts and Guides Grounds here this morning with nearly 286 entries and 30 exotic breeds of dogs in the competition. 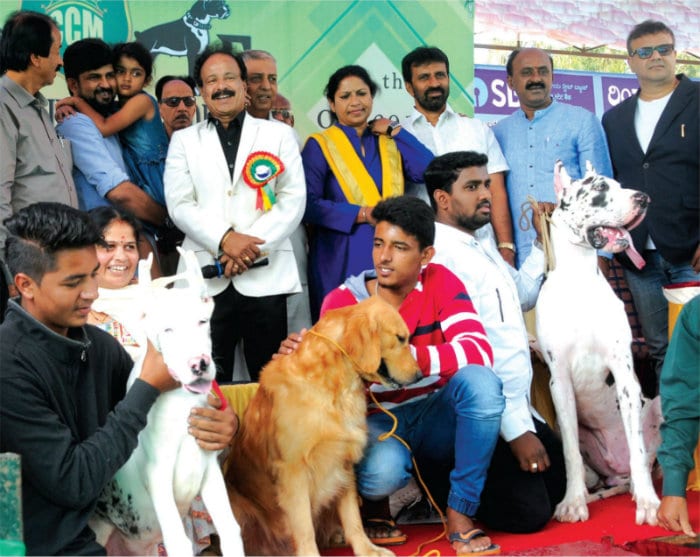 The prices of dogs ranged from as little as Rs. 20,000 to a few lakhs. The dogs breeds like Miniature Pinscher weighing as little as three kgs to the powerful Great Dane weighing 130 kgs were all on show. Since this was the National-level Championships, people with their dogs had come as far away as from Delhi and  Rehana Sultana a Delihite had come with five to six breeds like the German Shepherd and Afghan Hound. Afghan Hound, owned by Uday Joth from Pune and whose trainer is German, named Lily, takes part in all the Dog Shows across the country. 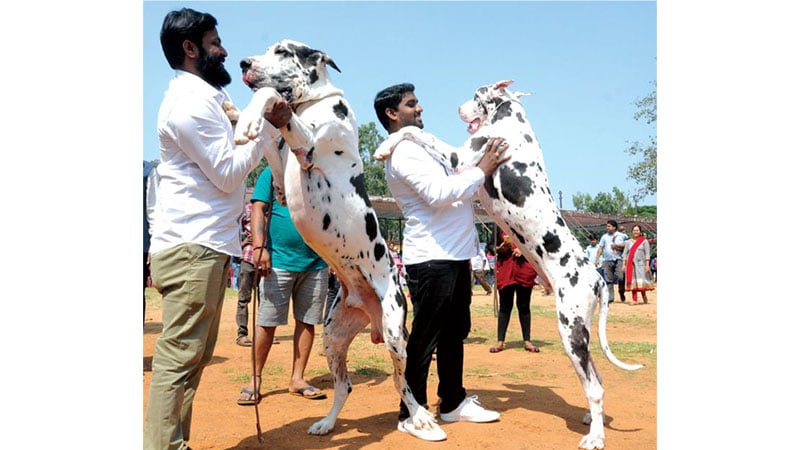 The proud owners of Great Danes that took part in the event.

The dogs’ names like Poker, Prince, Dieve, Paper, Bruno, Brono, Deem, King, Thunder, Chua, Anto, Cash, were all cute and catchy as the owners kept calling them out and fondling them. 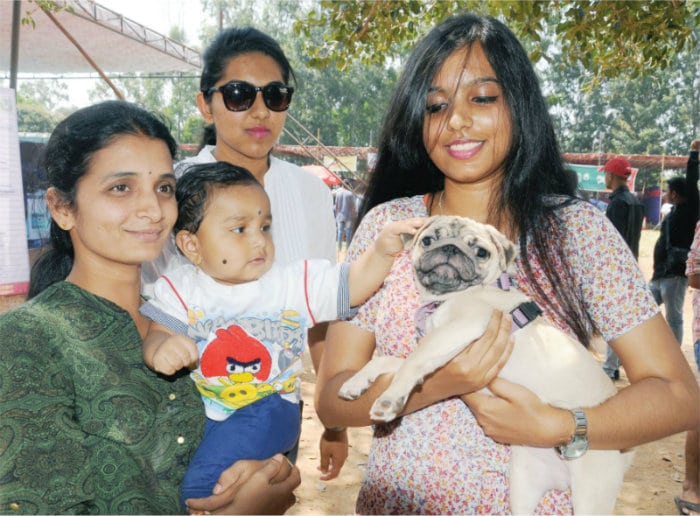 As this is the selfie-age, everyone including the spectators were seen taking selfies with the pets and posing for photographs. Since the weather was hot, there were huge ice blocks kept and the dog owners seen bringing the ice cubes for the dogs to lick to quench the thirst. They were also sprayed with water every now and then. The air condition in the cars were switched on and the dogs kept inside in the cooler environs till they came to participate in the competition. There were also dog food stalls displaying variety of dog foods. The competition will go on till late in the evening and only then the results declared, said one of the organisers.

More than 2,000 people, including dog owners and lovers, witnessed the show. 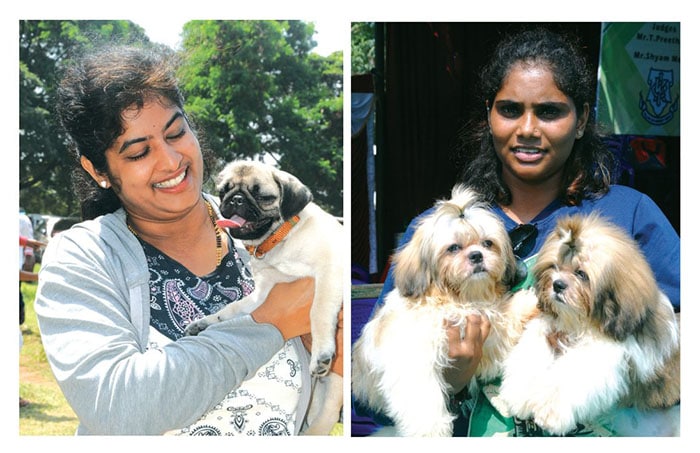