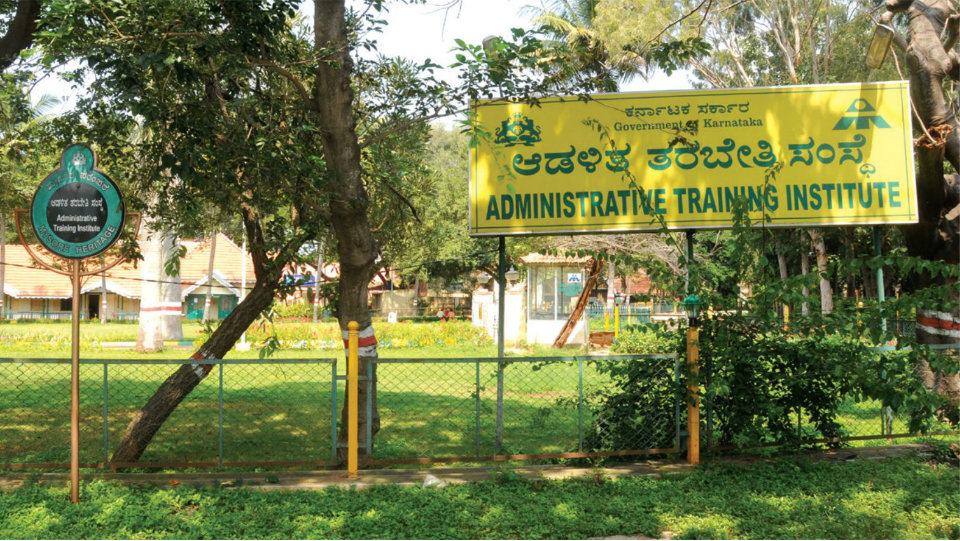 Mysuru: The Administrative Training Institute (ATI) on Lalitha Mahal Road though is set up in the sylvan surroundings, is once again in the news for all the wrong reasons.

A trainee in a written complaint to the Chief Minister’s Office has alleged mismanagement in the premium-training institute and the substandard food served.

There are nearly 200 Gazetted Probationary Officers undergoing training since the last 15 days. However, it is learnt that since the last one week many of the trainees have fallen sick consuming contaminated food and are being treated.

A female trainee had fallen seriously ill and was treated in a local hospital and then shifted to a hospital in Bengaluru for more treatment, about three days ago. A complaint in this regard has reached the CM’s office and from there, the ATI office has received information, it is said.

ATI Joint Director (Training) Bhagyalakshmi visited the hostel last night and discussed the problems with the trainees and heard their grievances. However, she told Star of Mysore that there were a few health problems but nothing to get anxious about.

She said that she is going to forward the complaints to the Director General and the Chief Minister’s office.

It is being said that substandard and contaminated food is being served at the ATI.

The food is infested with worms and plastic. The water contaminated with mud is flowing from the taps. As a result, the trainees are falling sick and being treated as outpatients.

Even though the matter was brought to the notice of the higher-ups and since no action has been taken, the issue has been escalated to the CM’s office, said the sources in the Institute.

Is there something wrong with administration?

Is something wrong with the administration in the Institute meant to train Assistant Commissioners, Tahsildars and other higher ranked officers? This is the doubt that many are expressing. A few of the people who had served in University of Mysore had managed to get postings here, after their retirement and are controlling all the activities. In turn, the officials who have been serving there for a long time are being sidelined, it is alleged.

However, another source said that since the administration in the Institute had gone from bad to worse, a few of upright people who had served in different institutions were chosen to come and help set right the administration.

Whatever the truth, the fact remains that the trainees who have a lot of hope in their careers and hoping to make a mark are finding that the atmosphere in the Government-run agencies are not all that healthy, right in the beginning of their careers.