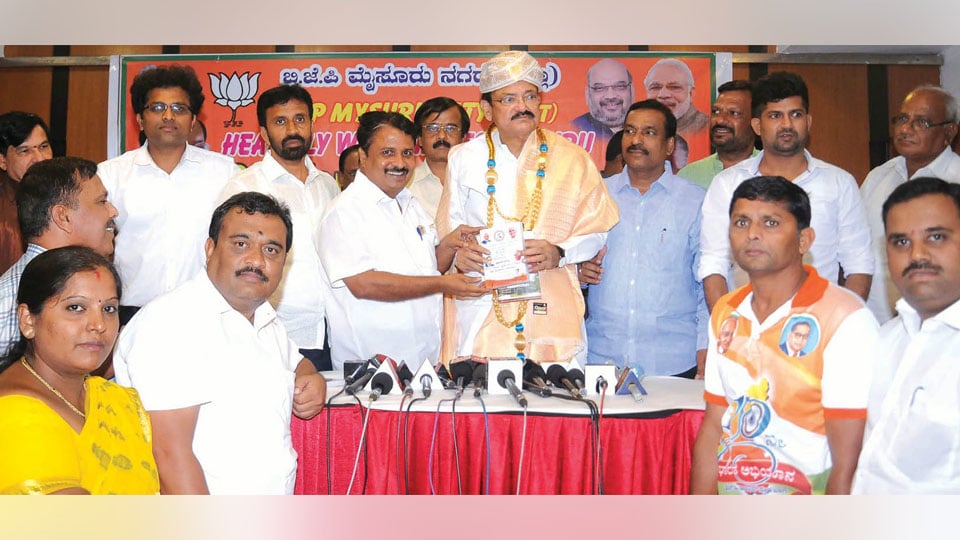 Modi Government focussing on development of all States: Naidu

Mysuru: Stating that ‘Mission Modi’  (Making of developed India) is Prime Minister Narendra Modi’s initiative to repair the country’s economy, Union Minister M. Venkaiah Naidu has said that the BJP with its highest number of members, is the largest political party in the world.

Addressing party workers at a hotel here on Sunday, Naidu said that BJP will emerge as a powerful party in South India in the days to come.

Referring to demonetisation, Naidu said that the Centre had cracked down on black money through various measures including demonetisation and this was paying dividend, with additional 91 lakh people coming under the tax net. Pointing out that stringent measures are in place so that money is not siphoned off from the country, the Union Minister said that reforms have ensured a steady flow of FDI.

Targeting Congress leaders including AICC President Sonia Gandhi, Vice-President Rahul Gandhi and Congress leader in Lok-Sabha Mallikarjun Kharge, Naidu said that the leaders should introspect to find reasons as to why the party lost its hold in the country.

Maintaining that the Narendra Modi Government was focussing on development of all States, Naidu said that efforts were on to revive the economy of many fiscal deficit and debt-ridden States, including Karnataka.

Commenting on the Opposition parties allegations that the BJP Government was tampering with Electronic Voting Machines (EVMs) during the recent poll in five States, Naidu said that the Congress had no problems with its victories in the two by-polls in the State, but had issues when the BJP sweeps to power, thus exposing its double-standards.

Clarifying that the BJP was not against Minorities, Naidu said that any Minority community member who believes in unity and diversity of the country was welcome to join the BJP.

Asserting that the BJP would return to power in the State in the 2018 Assembly polls under the leadership of B.S. Yeddyurappa, he urged the party workers to serve as a communicator with facts and figures on the Union Government’s schemes to strengthen the party.