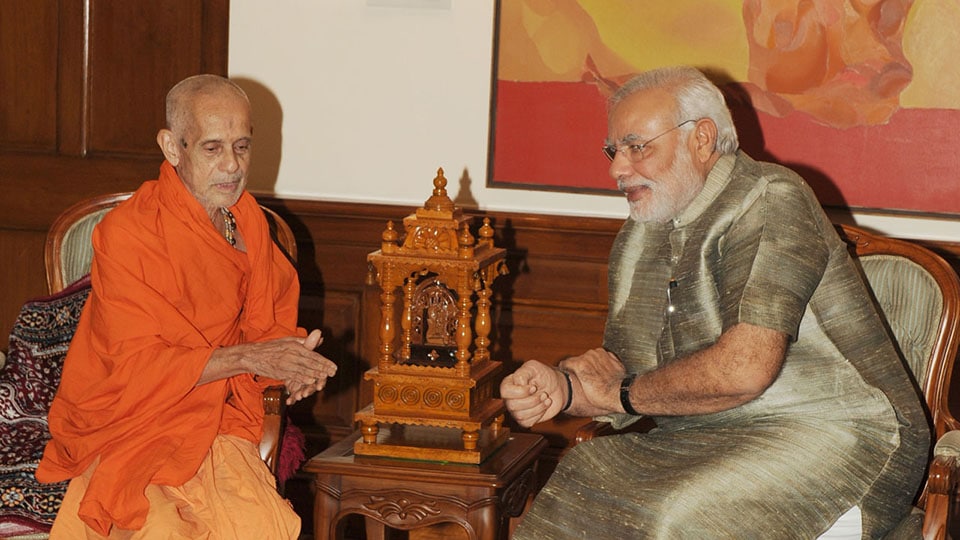 Speaking to SOM at Raghavendra Swamy Temple in Hunsur town last night, the Seer, who was on the way to Mysuru, said that the people of the country have reposed faith in the strong leadership of Prime Minister Modi. Maintaining that Modi should bring in a law to stop cow slaughter, the Seer urged the PM to be responsive to the sentiments of the Hindu community.

Observing that Ram Mandir represents the sentiment of Hindus, the Seer said that pressing for Ram Mandir does not mean that Hindus are against  other religions.