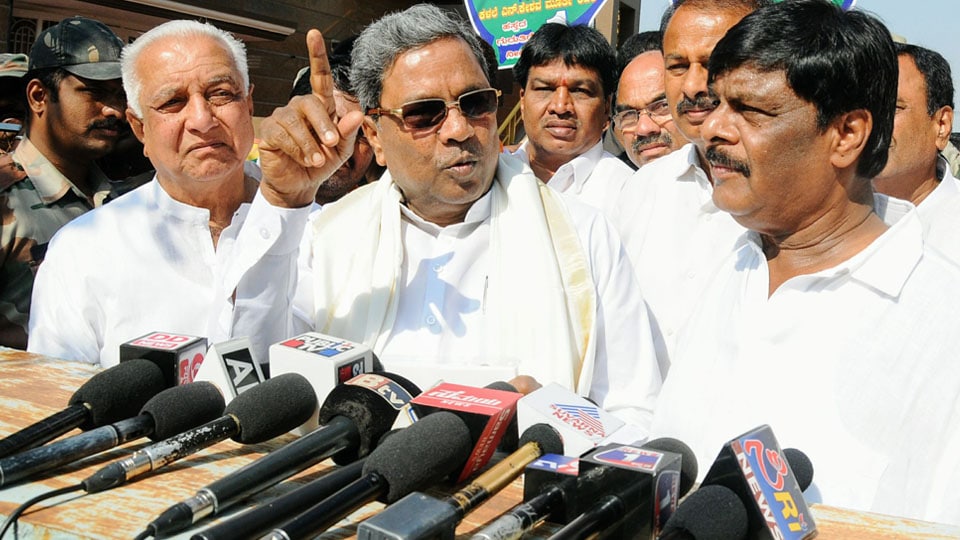 Mysuru: Claiming that ‘Modi Wave’ has been waning in the country, Chief Minister Siddharamaiah asserted that the Congress would come to power in Gujarat, which is going to polls next month.

Speaking to press persons at his Ramakrishnanagar residence here this morning, Siddharamaiah said that the people are upset with the Centre’s anti-people policies and the people of Gujarat will reject the BJP and bring the Congress to power in that State.

When asked about reports in a section of the press that more than 20 sitting Congress MLA’s will be denied tickets for the 2018 Assembly Polls in the State, the CM rubbishing the reports as mere speculation, said that it is the party’s core committee which will decide on choosing the party candidate.

Maintaining that all leaders and workers will be taken into confidence while distributing tickets, he said that the opinion of the party cadre will be given due consideration in the selection of the party candidates.

When asked about former Minister C.H. Vijayashankar, who quit the BJP recently, joining the Congress party, the CM said that Vijayashankar will be extended a warm welcome if he chooses to join the party.

The CM clarified that he had not discussed personally with C.H. Vijayashankar on him (CHV) joining the Congress party.