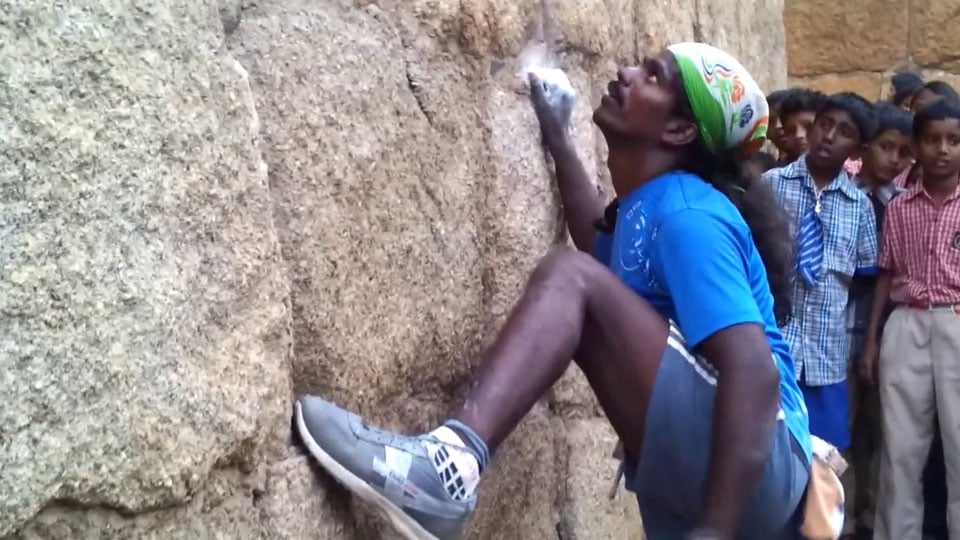 He had gone down the Falls to retrieve a body

Shivamogga: Jyothi Raj alias Kothi Raj, a rock climber from Chitradurga, who had gone down the Jog Falls to retrieve the body of a man from Bengaluru who had allegedly committed suicide by jumping into the Falls a few days ago, has reportedly gone missing from the Falls near Kargal in Sagar taluk yesterday.

Police said that one Manjunath of Bengaluru had committed suicide by jumping into Jog Falls after writing a death note last week and the suicide victim’s family members had arrived yesterday.

Jyothi Raj was called in to retrieve the body of Manjunath. He got into the Falls in the morning, but did not come till the evening. There was no communication from him. Jog and Siddapur Police are camping at the water falls.

It may be recalled that Jyothi Raj, the self-taught rock-climber, had climbed the Jog Falls unassisted in 2013 and had also scaled the tallest apartment building in Mysuru a few years ago.

Jyothi Raj
Free darshan of Lord Venkateshwara at Tirupati for poor people
BJP to launch ‘Save Bengaluru’ padayatra on Mar.2