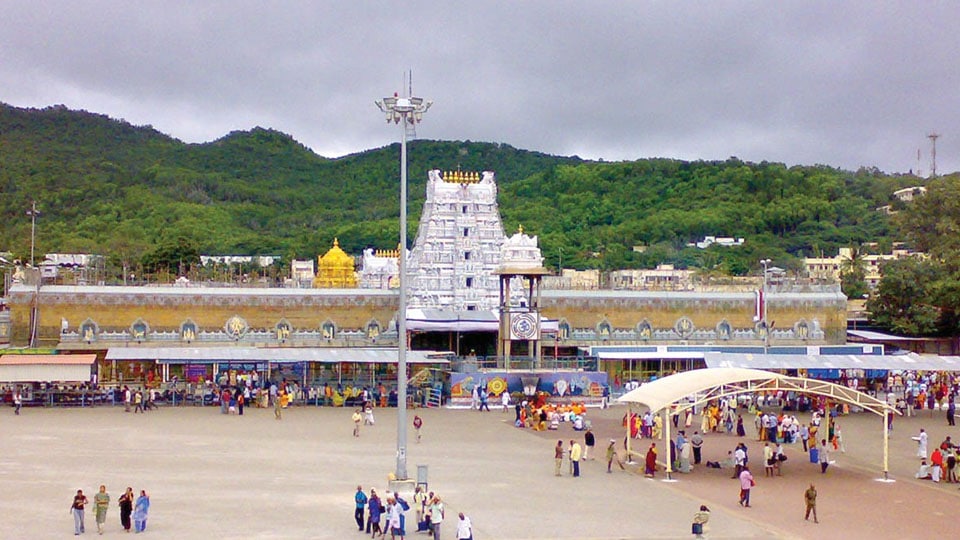 Free darshan of Lord Venkateshwara at Tirupati for poor people

Mysuru: There is a strong belief among people that all the sins committed in life would be wiped out if one visits Tirupati and has the darshan of Lord Venkateshwara.

The poor go house to house begging for money and with funds thus collected visit Tirupati. To cater to this class of people, the founder of Sri Kalyana Lakshmi Venkateshwara Temple H.G. Giridhar arranged a free trip to 2,200 devotees in 40 buses to Tirupati. The pilgrims began their journey on Feb.26 evening from Kalyana Lakshmi Venkateshwara temple in N.R. Mohalla for the Lord’s darshan. RSS Senior Pracharak flagged off the yatra. Temple Founder Giridhar, Vishwa Hindu Parishat District President Revanna, BJP leaders Anil Thomas and Ramesh, ST Morcha President Nagaraju and others were present.

They were taken to Tirupati temple on Tuesday after a bath and breakfast at Govindarajapattana and in the evening had the darshan of the Lord. They are staying at Srinivasa Choultry and today after breakfast, the pilgrims will return to Mysuru.

Four doctors with medicines accompanied the pilgrims and were keeping a check on their health. There were 100 volunteers who accompanied the yatris with each one of them to look after 25 of them.

Giridhar has arranged darshan of Lord Venkateshwara at Tirupati to the poor freely in the last two years. This time he arranged for the darshan for a lot more poor people with the assistance of other philanthropists. Through this scheme he hopes to bring about religious awareness among the people.