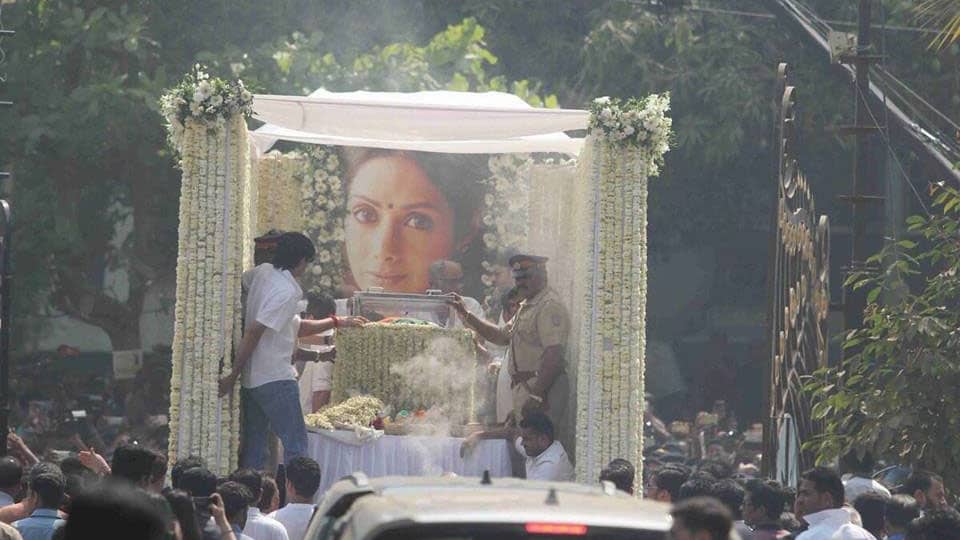 Mumbai: Thousands of flower carrying, prayer chanting fans and Bollywood actors are pouring into Mumbai’s Celebration Sports Club to pay last respects to film icon Sridevi, who died in Dubai over the weekend.

The funeral will be held at 3.30 pm today with full State honours. The sudden death of the 54-year-old had shaken the country. Her body was released by the Dubai Police last evening after routine investigations and was flown into Mumbai by a private jet. Sridevi, who was initially thought to have died of a cardiac arrest, was found to have accidentally drowned in the hotel bathtub after she fell unconscious.

The cremation ceremony and Sridevi’s last journey will commence from 3.30 pm at Vile Parle Seva Samaj Crematorium and Hindu Cemetery, next to Pawan Hans, SV Road, and Vile Parle West. 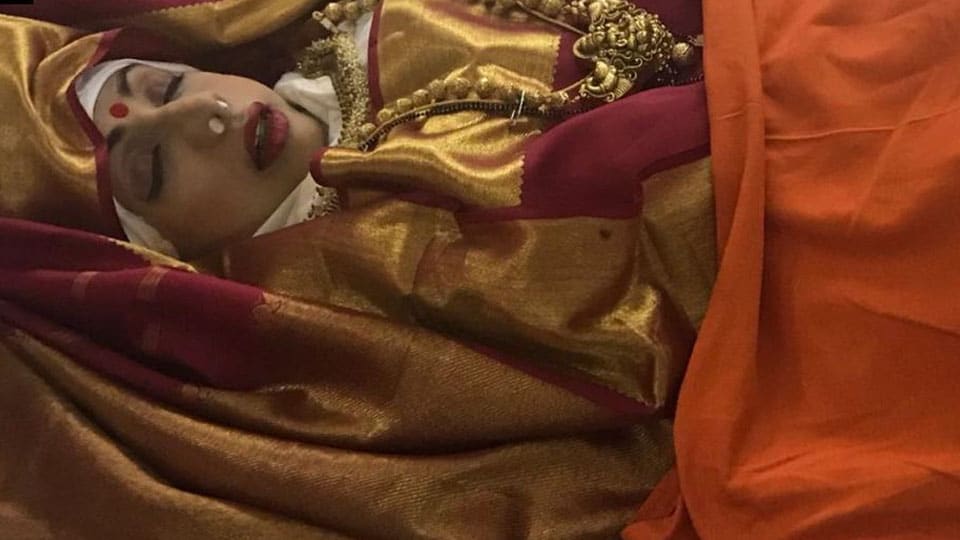 Long queues were seen outside Mumbai’s Celebration Sports Club. Nearly 200 Policemen have been posted at the spot and a Police Band was deployed in honour of Sridevi, who was a recipient of the Padma Shri award. People have come from as far as Karnataka and Chennai to catch a last glimpse of the actor, who had ruled  the Bollywood and the southern cinema over her five-decade career.

As a mark of respect to Sridevi, the Green Acres Co-operative Housing Society, where the late actor shared a home with husband Boney Kapoor and their two daughters have cancelled their Holi celebrations. The announcement was put up on their notice board today morning, and stated that “There will be no music, rain, dance, coloured water exchanges or the usual community lunch.”