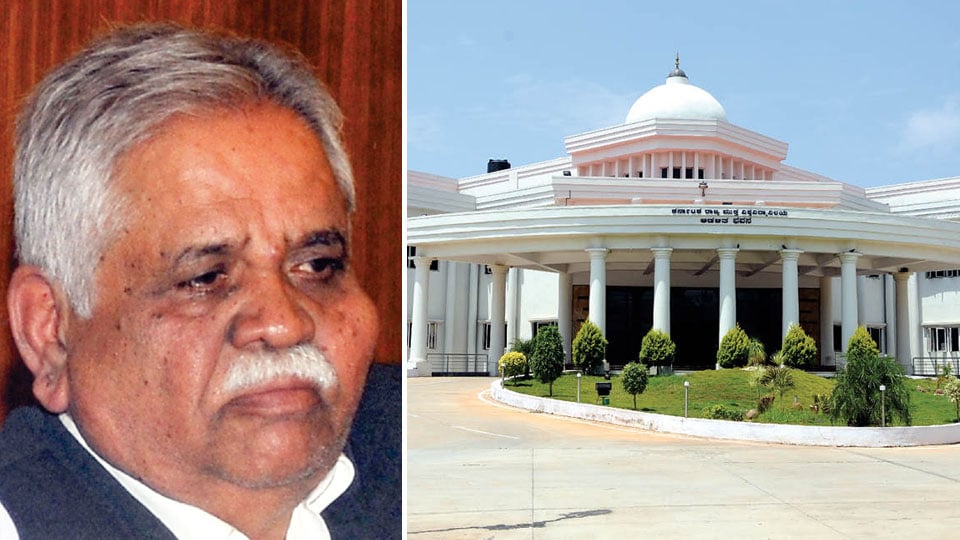 Mysuru: Former Karnataka State Open University (KSOU) Vice-Chancellor Dr. N.S. Ramegowda has urged the Union Human Resource Development Ministry to put an end to the crisis that the KSOU is going through now.

Speaking at a meeting organised by Vishwamanava Vidyarathi Yuva Vedike at a private hotel here yesterday, Dr. Ramegowda said an Expert Committee will fight the battle on behalf of KSOU students.

Pointing out that a State level Academic Committee will be formed soon to discuss various issues that are affecting higher education in Karnataka and the KSOU row will be on top of the agenda, he stressed on the need to ensure that there are no KSOU like scams in other Universities. Noting that the UGC’s  refusal to renew recognition to courses offered by the KSOU has put a big question mark on the future of thousands of students enrolled with the Open University, he said the row can be resolved if all the agencies made a sincere effort.

Dr. Ramegowda also suggested that the KSOU send a fresh proposal to the UGC for conducting exams by outside agencies and grant recognition to such students who passed the exam.

Citing a 2005 Supreme Court order, where the Apex Court had ordered fresh exam for Distance Education engineering students enrolled with Deemed Universities, he said that the UGC should take a cue from the SC order and do the same in case of KSOU students, who are facing a lot of hardship.