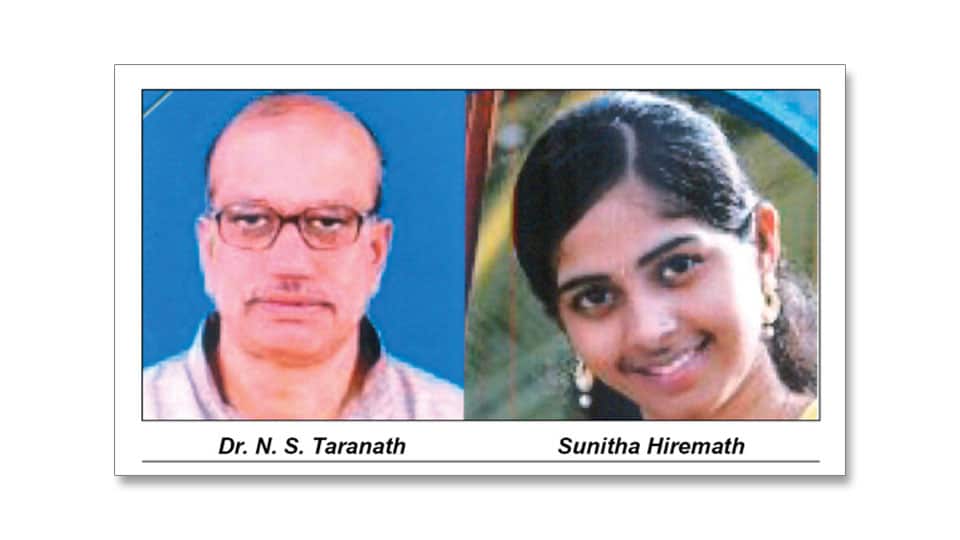 Mysuru: As part of the monthly moonlight music programme and Guru Purnima, vocalist Sunitha Hiremath will present a Hindustani Music Concert at Suttur Mutt at the foot of Chamundi Hill here at 6 pm on July 16 (Tuesday) while Dr. N. S. Taranath will deliver a lecture on significance of the Day.

A former Professor of Kannada at University of Mysore, Prof.Taranath is a thinker and a researcher.

Sunitha Hiremath is a new generation musician, who was attracted to music at the tender age of five.

After learning her early lessons in Music from her father Pandit Veerabhadraiah Hiremath, Sunitha trained under Pandit Indudhar Nirodi.

She has performed at many musical platforms across the country, including the one at Mysore Palace during Dasara in 2015. She is currently doing her M.Tech in Mysuru.

Sunitha will be accompanied by her father Pandit Veerabhadraiah Hiremath on harmonium and Pandit Ramesh Dhannur  on tabla.

Pandit Veerabhadraiah Hiremath is a renowned Hindustani Musician, who trained under Pandit Puttaraja Gawai. He has won many awards and titles including ‘Sangeetha Visharada’ and ‘Gaanashri’.

Currently, he is running ‘Swarasankula’ Music School   in city.

Pandit  Ramesh Dhannur is a senior tabla artiste, who has trained under Pandit Puttaraja Gawai of Gadag. He has accompanied a number of well-known Musicians in concerts across India.