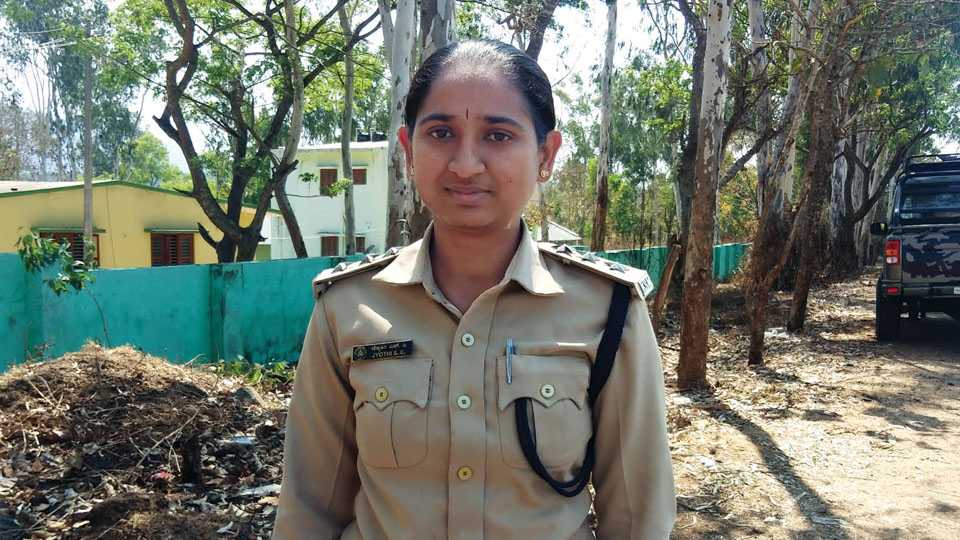 S.C. Jyothi, a Range Forest Officer (RFO) probationer with the Forest Department, has said that she joined the Department to save wildlife for future generations. Jyothi Shivakote, a resident of Vidyaranyapuram in Bengaluru, is currently undergoing training in Wildlife Division and was recently engaged in fire-fighting operations at Kundkere, Gopalaswamy Hills and Maddur Forests, coming under Bandipur Forest Range which was ravaged by forest fires.

Speaking to Star of Mysore on the occasion of International Women’s Day, Jyothi said she had ambitions to join the Forest Department in her school days itself. Stressing on the need for saving forests and wildlife for future generations, she said that some urgent measures need to be taken to conserve rapidly shrinking forests.

She said that she had earlier served at Gungarakatte and Nanjangud Forest Ranges where she learnt some finer points in forest conservation. Stating that she was fully engaged in recent fire-fighting operations in Bandipur, she wanted more women to join Forest Department.

Maintaining that there was no discrimination or bias in the Department, she asserted that she was ready to take on any challenges that may arise in forest conservation and to tackle calamities such as forest fires.