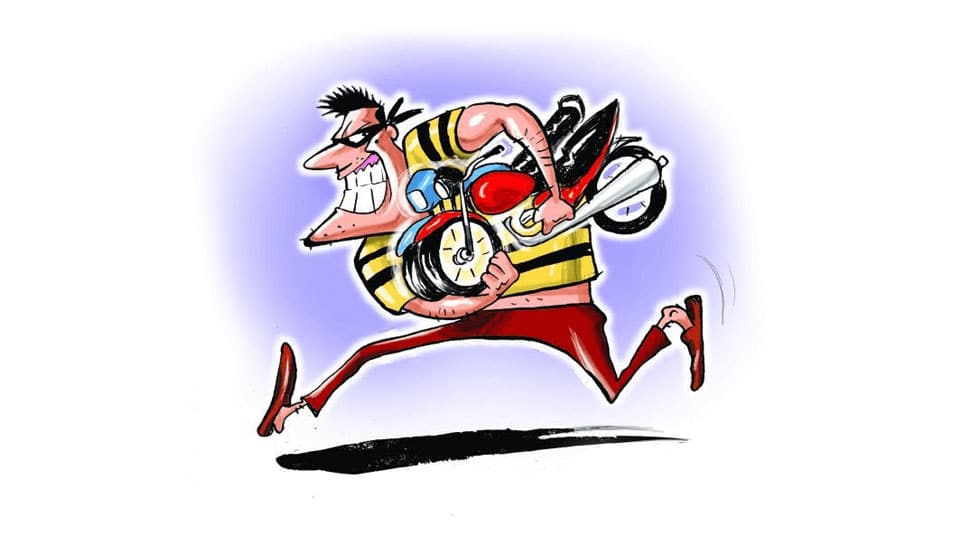 Mysuru: KR Police have arrested a person on charges of lifter two-wheelers in city and other places.

The accused is 21-year-old Subramanya, a resident of Ramabai Nagar in city.

The accused was nabbed while he was moving suspiciously on the Ring Road at Lingambudipalya in Kuvempunagar Police limits on Aug. 22.

Based on the information provided by the accused, the Police have recovered three   two-wheelers worth about Rs. 95,000 stolen in Chamarajanagar, Suttur and Maddur Police limits, according to a press release..