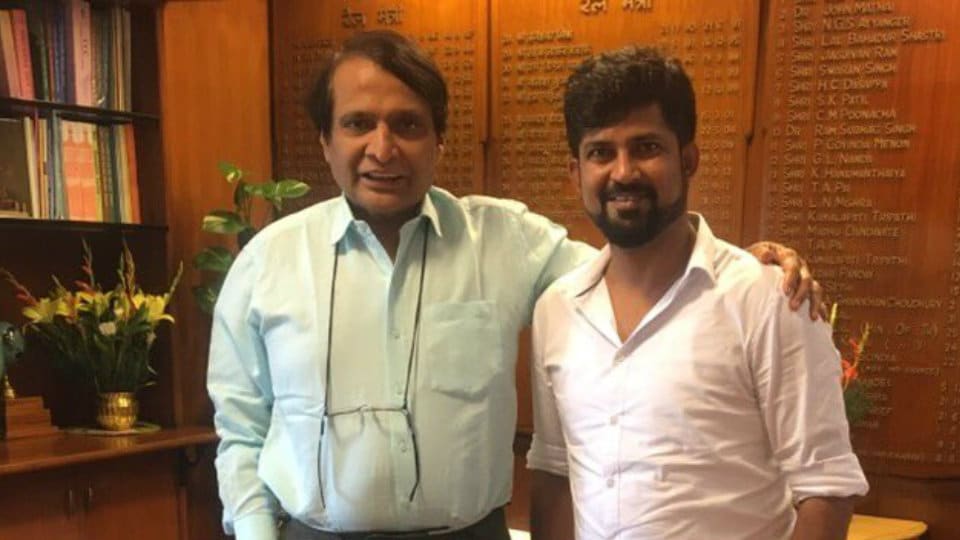 Mysuru: Mysuru-Kodagu MP Pratap Simha has appealed the Railway Minister to name the proposed Mysuru-Hubbali train via Bengaluru, after Rulers who have contributed a lot to Kannada land and language.

Pratap Simha, who met Railway Minister Suresh Prabhu at New Delhi recently, to discuss the introduction of the new train, has now written a letter to the Minister, appealing him to name the train as Nandi or Kadamba or Wadiyar Express.

Meanwhile, it is learnt that the new train is likely to run from May 23.