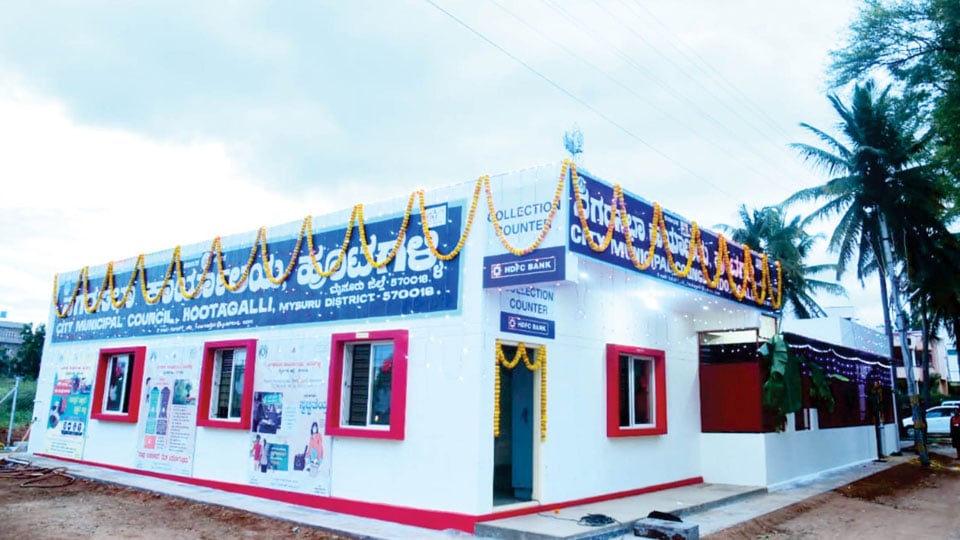 Mysore/Mysuru: A day after Chamundeshwari MLA G.T. Devegowda inaugurated the office of Hootagalli CMC (City Municipal Council) at High Tension Double Road in Hootagalli along Hunsur Road, MP Pratap Simha has sought disciplinary action against Hootagalli CMC Commissioner for reported violation of protocol by not inviting District Minister S.T. Somashekar and him (Simha) as the MP, for the inauguration.

In a letter to Deputy Commissioner Dr. Bagadi Gautham on Saturday, Pratap Simha pointed out that District Minister S.T. Somashekar had played a key role in the formation of Hootagalli CMC, which came into being following a Gazette notification issued in November last year.

Noting that Hootagalli CMC was formed by the merger of Hinkal, Koorgalli and Belavadi Gram Panchayats as part of the efforts to create a Bruhat Mysuru Mahanagara Palike, Simha maintained that when the office of Hootagalli CMC was inaugurated on Aug. 27, the CMC Commissioner Narasimhamurthy failed to keep Somashekar informed though the Minister was in the city on that day. The Commissioner had also failed to keep him informed as Mysuru-Kodagu MP, Simha claimed in his letter.

Alleging that the Hootagalli CMC Commissioner had violated the protocol, Simha appealed the Deputy Commissioner to initiate disciplinary action against the official.