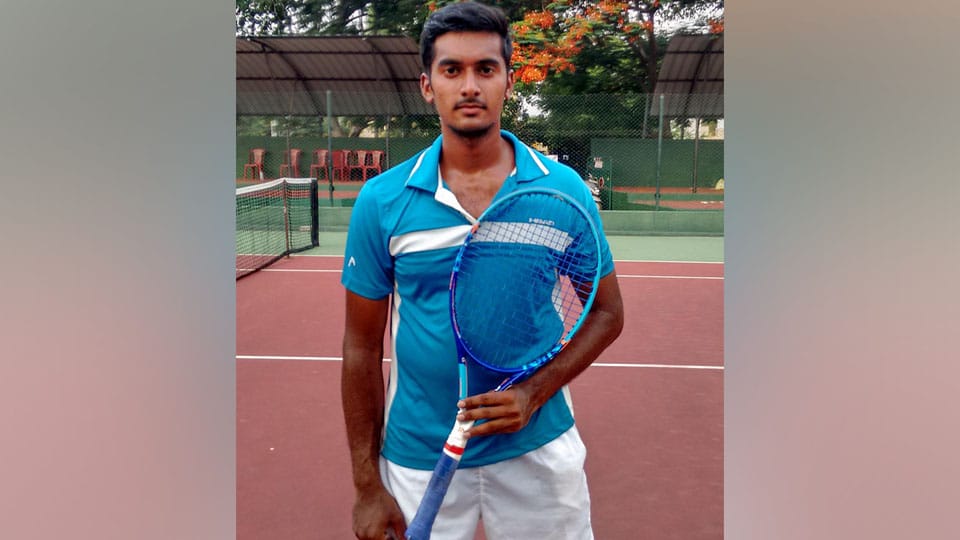 Playing a consistent baseline game on both the flanks, local lad S.D. Prajwal Dev, the third-seed, hogged the limelight on the third-day of the MTC Cup AITA Men’s Tennis Tournament by beating former India Davis-cupper and fifth seeded Vijay Kannan (TN)) 6-3, 6-2 to enter the semi-finals in the men’s singles event yesterday at the Mysore Tennis Club.

Showing lot of grit after taking a medical time-out due to a ankle sprain early in the first set, Prajwal Dev, served and stroked strongly on both the flanks to upset the rhythm of the seasoned campaigner Vijay Kannan. Prajwal Dev, capitalised on the unforced errors committed by rival and took a early 3-1 lead and ultimately went on to take the first set at 6-3. The second set, saw the games going with serves (2-2), but later Prajwal broke Vijay’s serve in the fifth game and never looked back by winning four games in a row and took the set and match at 6-2.

Top-seed V.M. Ranjeet (TN) had to bring out his best and was stretched to the fullest extent by state-mate and seventh seed Fahad Mohammed, before prevailing in a keenly contested tie 6-4, 3-6, 6-4 and entered the semi-finals. Second-seed Faisal Qamar (RAJ) and sixth seeded Ishaque Eqbal (WB) also entered the last four stage with good wins over their  respective rivals.