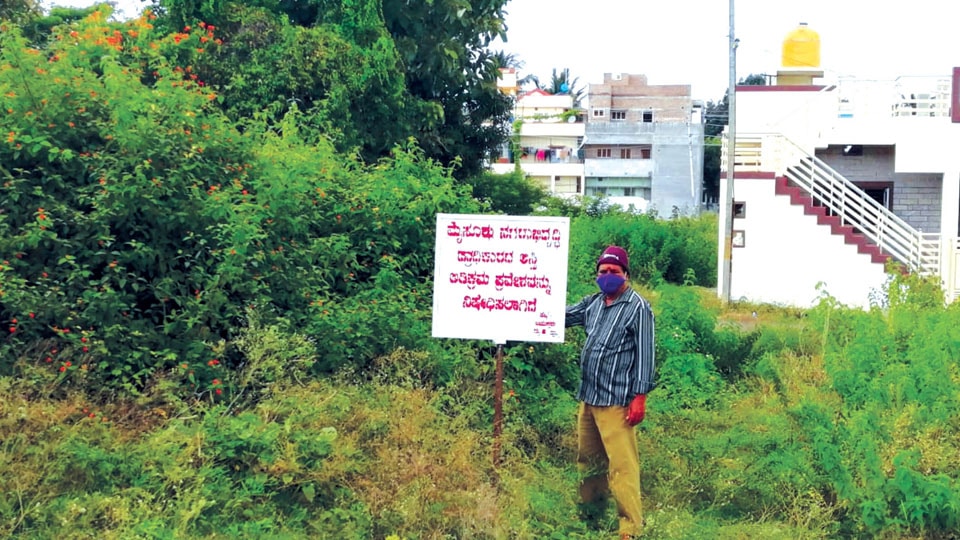 Mysore/Mysuru: In an encroachment clearance drive, MUDA authorities earlier this week have reclaimed 3 acre and 27 guntas of land coming under Sathagalli Survey No.68/1,2,3 worth about Rs.15 crore and three residential sites totally worth about Rs.1 crore in Kuvempunagar area.

MUDA had paid compensation to land losers after acquiring 3 acres and 27 guntas of land coming under Sathagalli Survey No.68/1,2,3 several years ago. But as the land was found encroached, MUDA authorities reclaimed the land.

In another case, MUDA authorities reclaimed three residential sites, each of 40’x60’ dimension along Paduvana road in Kuvempunagar, which were encroached upon by constructing a shed on site and compound wall on two others. The total value of these sites is estimated at about Rs.1 crore.